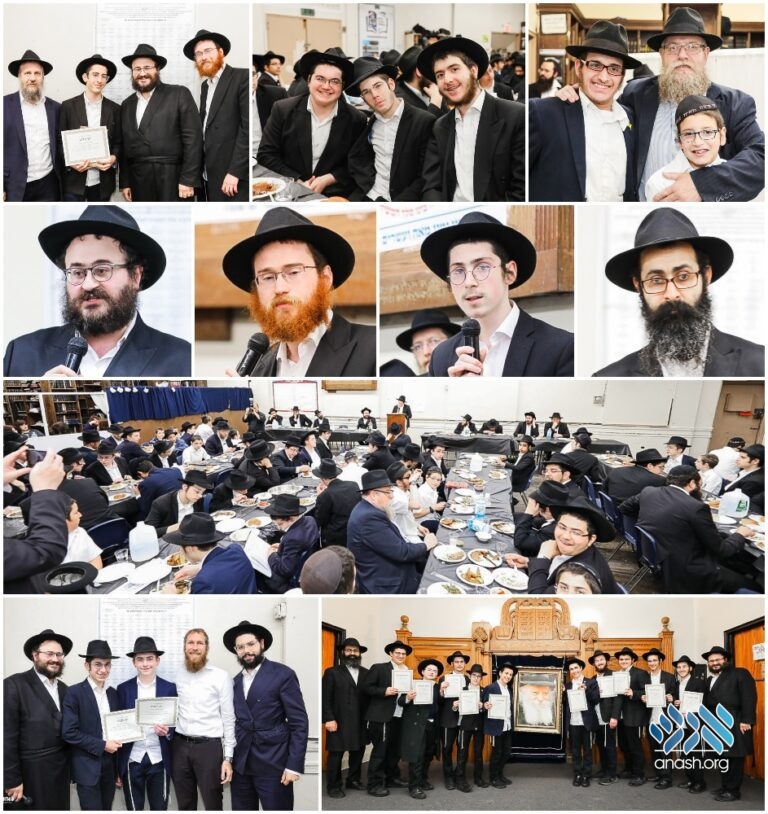 The parents, grandparents and hanhalah of Yeshivas Tomchei Temimim Lubavitch of Queens gathered Monday to mark the graduation of the Shiur Daled from Mesivta, along with a siyum for bochurim who completed Maseches Shabbos.

The parents, grandparents and hanhalah of Yeshivas Tomchei Temimim Lubavitch of Queens gathered Monday to mark the graduation of the Shiur Daled from Mesivta. Joining them in their celebration as well were the talmidim who memorized the entire Masechta Shabbos by heart!

The proud parents marveled at the accomplishments of their children’s milestones, as they participated in the siyum.

The event was led by the menahel ruchni, Rabbi Mendel Scharf, who spoke of the uniqueness of each of the graduating bochurim as well as their extraordinary achievements. He was followed by the menahel gashmi, Rabbi Menachem Baruch, who praised the bochurim for their diligence in their learning and their tremendous accomplishments. Last to address the graduates were the Shiur Daled mashpia Rabbi Eli Landa, and the ra”m Rabbi Mendy Brownstein.

Each stressed the point that the students may be graduating, but this isn’t the end, but rather, just the beginning. Now the temimim get to take all that they have gained over the past 4 years and put it all into practice, as they go out on the next phase of their journey.

As the event drew to a close, Rabbi Wallach spoke on behalf of the parent body, thanking the teachers and staff for an incredible 4 years.

Following the award ceremony, students and parents sat down for a special Farbrengen with Rabbi Yosef Y. Braun, Moro D’Asro of Crown Heights, in honor of Chof Ches Sivan.