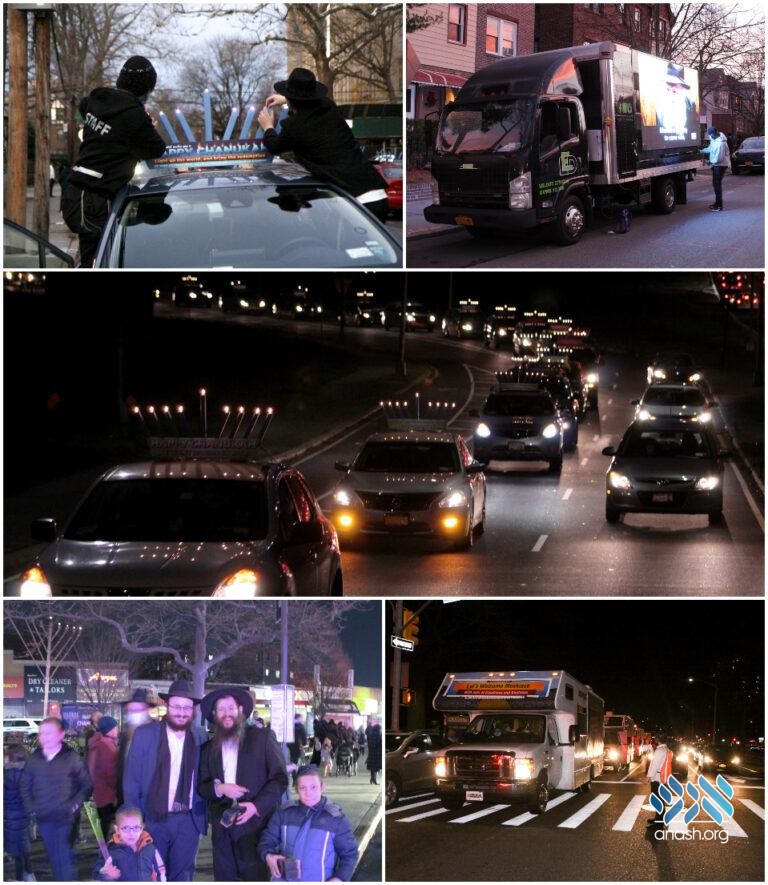 Seven years ago, the Bochurim of Yeshivas T.T. Lubavitch of Queens who have been involved in Mivtzoim in the neighboring areas felt that a “Menorah Parade” would be a great opportunity to spread the light of Chanukah to the thousands of Yidden living in the Forest Hills, Rego Park and Kew Garden Hills areas.

Being that Car Menorahs cost over $200, it would be a major challenge to obtain enough for all the participants. The Bochurim therefore decided to build their own Menorahs. To date, the Yeshiva owns over 75 Car Menorahs which they rent out for just $35 for the entire Chanukah to parade participants.

About 50 vehicles topped with Car Menorahs, as well as numerous Mitzvah Tanks, paraded through the main streets of Central Queens, including Queens Blvd, 108th Street, Main Street, and Union Turnpike. The parade culminated with a public Menorah Lighting, at Federoff Triangle by Rabbi Eli Blokh, Shliach of Rego Park.

After the parade, the Bochurim hit the streets, handing out Menorahs, continuing to spread the joy of Chanukah.

The Parade is a project of Yeshivas T.T. Lubavitch of Queens, run by Rabbi Mendel Scharf and was escorted by the local Police Departments, who kept the parade smooth and safe.