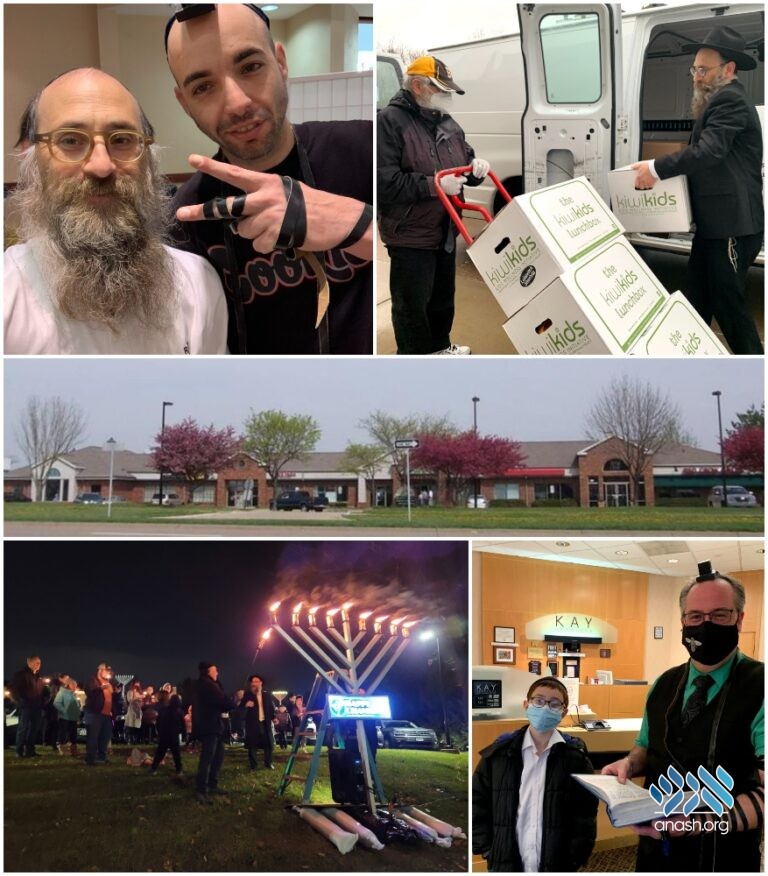 After operating for years out of various small locations, Quad City shluchim Rabbi Shneur and Chana Cadaner managed to secure a full strip mall that will serve all the communities needs: a shul, events hall, Hebrew school, and a desperately-needed mikvah.

After operating for years out of various small locations, Quad City shluchim Rabbi Shneur and Chana Cadaner managed to secure a full strip mall that will serve all the communities needs: a shul, events hall, Hebrew school, and a desperately-needed mikvah.

Rabbi Yossie Shemtov of Tucson, Arizona, wrote an impassioned letter to fellow shluchim and anash, encouraging them to participate:

I want to tell you about a hard working couple.

They’re shluchim of the Rebbe in a small town in rural America.

Their names are Shneur and Chana Cadaner, shluchim to the Quad Cities, straddling the border of Iowa and Illinois.
Now, you might know a lot of shluchim. So do I. And every shliach does amazing work. They have incredible impact, build impressive buildings, make dozens of baalei teshuvah, all while raising beautiful families. Shluchim are true superheroes.

I know this, and so do you.

So I won’t spend your time with impact stories and miraculous tales of how remarkable this young couple is.
What I want to tell you is this: they’ve been on shlichus for sixteen years—and they’re still waiting for their miracle. The Quad Cities in the heart of the Midwest is not glamorous by any stretch. It’s far away from everything, and it’s not particularly affluent or famous. It’s just a typical place in heartland America.

Shneur and Chana have plugged through sixteen years of hard work, plain and simple. One by one, they touch another person here, another person there, and in their own way, go to bed at night knowing that they’ve done whatever they can—and beyond that.

Jewish life in their town isn’t without its challenges. They’ve faced opposition from within and without, with other interested parties along the way looking to thwart their efforts and keep Chabad from thriving.
They plugged through that as well.

That they’ve gotten this far is a miracle in its own right.

If you don’t believe me, go there for a few days, and you’ll see what I mean.

And now, they finally have their chance for a miracle. They’ve secured a building that is just right for what they need, an anchor to once and for all establish themselves in their makom hashlichus. When they told me that they would finally be able to build a mikvah in this building, their excitement was so palpable, it lit up the telephone. That’s what gets them going: the chance to bring real Yiddishkeit to a place where it otherwise would never have reached.

Shneur and Chana Cadaner have worked very hard to raise an enormous amount of money for this building. It’s really quite beyond their normal hasagos, but the opportunity is just too good to pass up. It’s right near their house, it’s big enough to finally host that mikvah they’re so excited about, and it’s in the right part of town.

When I spoke with Shneur, he talked of every door he pounded on in town. He’s so close to the goal, he can smell victory already.

But he’s still 50k short. 50k—that’s it! The money must be in by tomorrow, and I thought to myself, “We can’t let this opportunity slip away from these tei’ere chassidim. We have to make this happen!”

So, will you join me in making it happen?