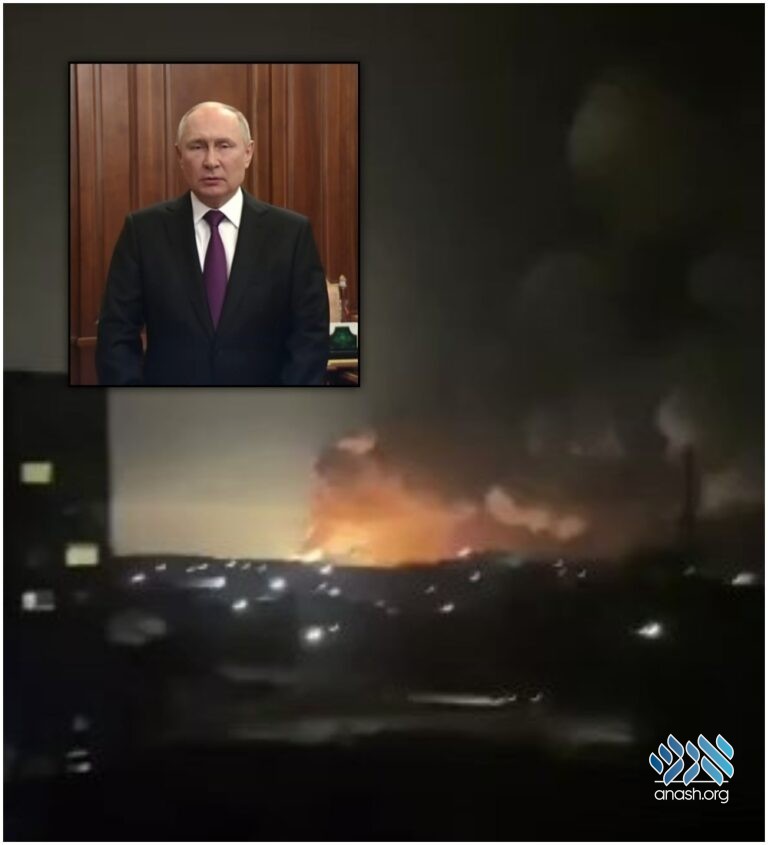 Russian President Vladimir Putin announced a military operation in Ukraine on Wednesday night, possibly plunging Eastern Europe into a nightmare of violence and bloodshed not seen since the darkest days of World War II.

Russian President Vladimir Putin authorized a military operation in eastern Ukraine on Thursday, in what could be the start of war in Europe over Russia‘s demands for an end to NATO’s eastward expansion. U.S. President Joe Biden said Putin’s actions constitute “a premeditated war.”

Shortly after Putin spoke, a Reuters witness heard the sound of what appeared to be explosions in the distance from the capital, Kyiv.

Explosions also rocked the breakaway eastern Ukrainian city of Donetsk and civilian aircraft were warned away as the United States said a major attack by Russia on its neighbor was imminent.

In comments reported by Russian media, Putin said he had authorized a special military operation in breakaway areas of eastern Ukraine and clashes between Russian and Ukrainian forces were only a matter of time.

Hours after pro-Russian separatists issued a plea to Moscow for help to stop alleged Ukrainian aggression — claims the United States dismissed as Russian propaganda — Putin said he had ordered Russian forces to protect the people and demanded Ukrainian forces lay down their arms.

He repeated his position that NATO expansion to include Ukraine was unacceptable.

U.S. President Joe Biden said in a statement that Putin “has chosen a premeditated war that will bring a catastrophic loss of life and human suffering. Russia alone is responsible for the death and destruction this attack will bring, and the United States and its Allies and partners will respond in a united and decisive way. The world will hold Russia accountable.”

Biden said he will meet his G7 counterparts in the morning “and then speak to the American people to announce the further consequences the United States and our Allies and partners will impose on Russia for this needless act of aggression against Ukraine and global peace and security. We will also coordinate with our NATO Allies to ensure a strong, united response that deters any aggression against the Alliance.”

Ukraine restricted civilian flights in its airspace due to “potential hazard,” hours after a conflict-zone monitor warned airlines should stop overflights over the risk of an unintended shootdown or cyber attack.

An El Al flight from Tel Aviv to Toronto and a LOT Polish Airlines flight from Warsaw to Kyiv turned out of Ukraine’s airspace around the time a notice was issued, according to flight tracking website FlightRadar24.

Russia also partially closed its airspace in the Rostov flight information region to the east of its border with Ukraine “in order to provide safety” for civil aviation flights, according to its notice to airmen.

Convoys of military equipment including nine tanks were seen moving towards Donetsk earlier on Wednesday from the direction of the Russian border, a Reuters witness reported.

Shelling has intensified since Russian President Vladimir Putin this week recognized two separatist regions as independent and ordered the deployment of what he called peacekeepers, a move the West calls the start of an invasion.

Shortly before Putin’s announcement, the United States had said at the U.N. Security Council that an invasion was imminent.

“We are here tonight because we believe, along with Ukraine, that a full-scale, farther invasion into Ukraine by Russia is imminent,” U.S. Ambassador to the United Nations, Linda Thomas-Greenfield, told an emergency meeting.

“Tonight we’re seeing the Russians close airspace, move troops into Donbas, and move forces into combat-ready positions. This is a perilous moment.”

The U.N. Security Council had met to discuss the stand-off on Wednesday night, in the 15-member body’s second late-night meeting on the crisis this week.

A draft resolution calling out Moscow over its actions toward its neighbor is doomed to fail due to Russian veto power, but a Security Council diplomat said it would put Russia on notice that it is “not in compliance with international law.”

U.S. Treasury Secretary Janet Yellen spoke separately with her counterparts from Britain and Canada, while G7 leaders are also due to talk on Thursday.

Moscow has long denied that it has plans to invade despite massing tens of thousands of troops near its neighbor.

A total of 80% of the Russian soldiers assembled are in a position to launch a full-scale invasion on Ukraine, a senior U.S. defense official said.

Satellite imagery taken on Wednesday showed new deployments in western Russia, many of them within 10 miles of the border with Ukraine and fewer than 50 miles from the Ukrainian city of Kharkiv, U.S. satellite company Maxar said.

The images showed field deployment, military convoys, artillery and armored personnel carriers with support equipment and troops. The images could not be independently verified by Reuters.

A 30-day state of emergency in Ukraine restricting the freedom of movement of conscripted reservists, curbing the media and imposing personal document checks,  begins on Thursday, according to a draft text.

The Ukrainian government has also announced compulsory military service for all men of fighting age.

While the West has held off the most stringent sanctions measures it could impose, the United States stepped up the pressure by imposing penalties on the firm building the Nord Stream 2 gas pipeline and its corporate officers.

Germany on Tuesday froze approvals for the pipeline, which has been built but was not yet in operation, amid concerns it could allow Moscow to weaponize energy supplies to Europe.

While both sides have said they are still open to diplomacy to resolve the crisis, Ukrainian President Volodymyr Zelenskyy said earlier Moscow had approved an offensive and not replied to an invitation for talks.

“Today I initiated a telephone conversation with the President of the Russian Federation. The result was silence,” he said.

Ukrainian government websites, which have experienced outages in recent weeks blamed by Kyiv on cyberattacks, were again offline on Wednesday. Ukraine’s parliament, cabinet and foreign ministry websites were affected.