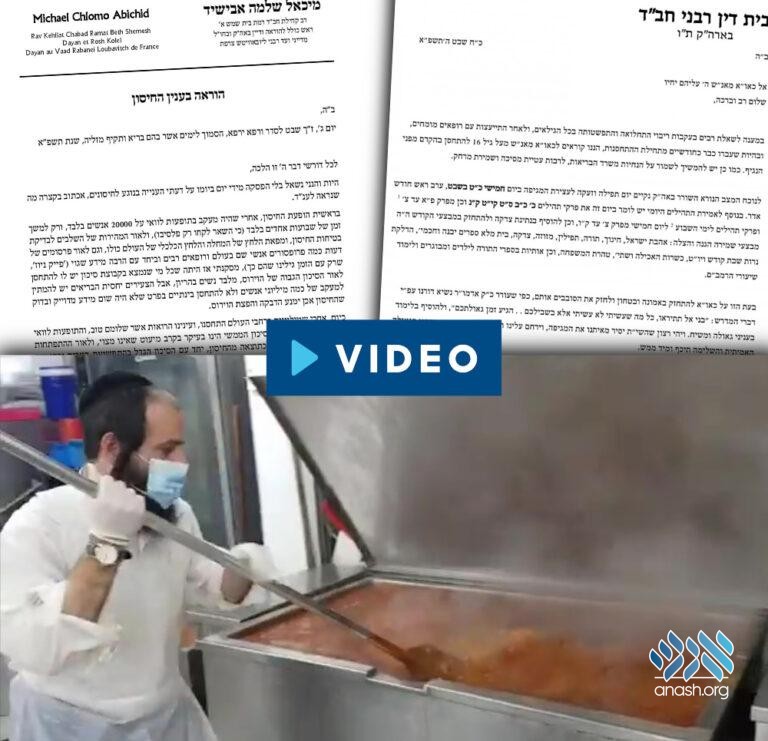 As New York struggles to vaccinate even the highest-risk individuals, in Israel the government is begging people to get the shot and one city is even offering cholent to residents who get the vaccine. Rabbonim have also come out strongly in favor of the vaccine.

Since the delivery of the vaccine just over two months ago, more than half of eligible Israelis – about 3.5 million people – have now been fully or partially vaccinated. Older and at-risk groups, the first to be vaccinated, are seeing a dramatic drop in illnesses.

With the high numbers of vaccinations, and virtually no reports of serious side effects, some rabbonim have modified their previously rulings on vaccination.

Prominent among them is the Beis Din Rabbonei Chabad, the highest Chabad Rabbinic body in Eretz Yisroel. In a letter published at the start of the vaccination, the Beis Din wrote that “each person should consult a doctor who is also a friend whether he should receive the vaccine.” But in a new letter published on Wednesday, 28 Shevat, they wrote unequivocally that everyone over 16 should get the shot.

The Rabbonim explained that the reason they issued the updated psak was due to their extensive conversations with doctors, and the time that had elapsed since the start of the vaccination worldwide. They also called to keep health regulations, and to add in davening on Thursday for the end to the pandemic.

Another Rov who also issued a revised psak was Rabbi Michoel Abichid, the rov of the Chabad community in Ramat Beit Shemesh. Although he had previously encouraged those that were not in the high-risk category to wait, in a letter published on Tuesday he wrote that due to the developments of the past months, both with the vaccine and the pandemic, he know encourages all those who ask him to get the vaccine at the first oppurtunity.

Meanwhile, in the city of Bnei Brak, the local municipality is using cholent to encourage residents to vaccinate. The idea came up after the vaccination numbers in Bnei Brak continued to lag, with only 17% of residents having received the first dose of the vaccine and 9% the second.

The goal is to carry out at least 1,000 vaccinations during the course of Thursday evening, organizers said, with those getting vaccinated receiving a portion of cholent together with challah and a bottle of Coke.