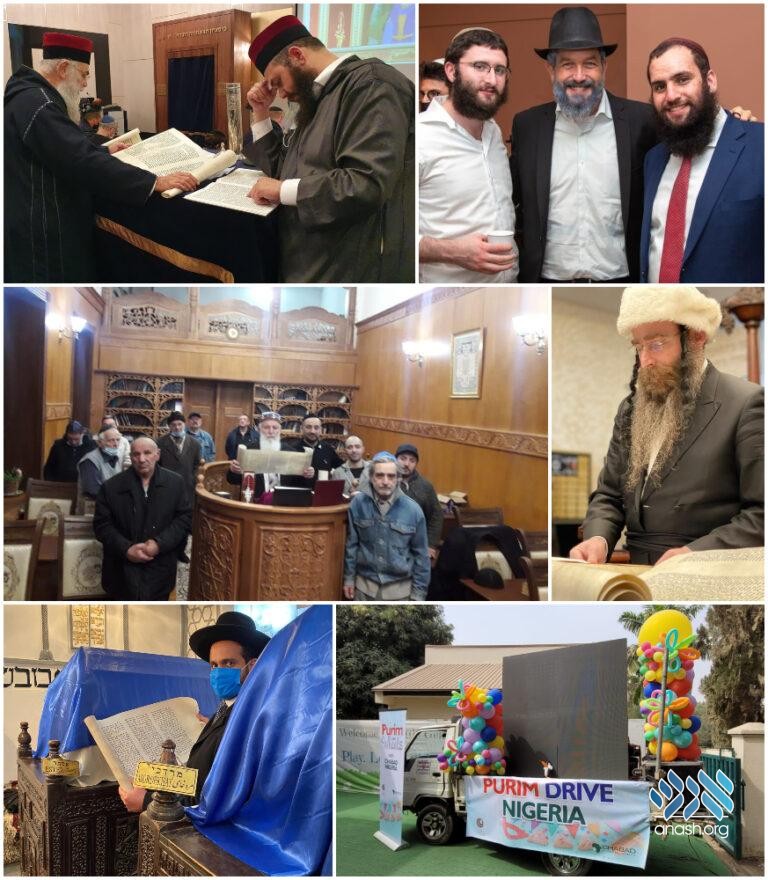 Highly publicized Purim celebrations were held in numerous Muslim countries in Africa and Asia, what would once be seen as a novelty, but is now accepted as matter-of-fact.

Highly publicized Purim celebrations were held in numerous Muslim countries in Africa and Asia, hosted by the local shluchim and rabbis of each country.

The Islamic world was, in the not-so-distant past, seen as hostile to Judaism, and public displays of the religion were generally frowned upon. In the past few years, however, the tide has changed, and many Muslim countries welcome and encourage Jewish tradition and celebrations.

In the past year, with the historic peace deals between Israel and a number of Muslim countries, a number of additional countries began welcoming large numbers of Jewish visitors, and local communities started coming out of the shadows.

Other Muslim countries that held celebrations included Azerbaijan, Tatarstan, Kyrgyzstan, Turkey, North Cyprus, Uzbekistan, Morocco and Nigeria. Shluchim in each country arranged parties and Megillah readings for local Jews, some traveling far distances to reach far-flung Jews spread around their country. In Nigeria alone, the two local shluchim held events in over ten locations to reach every Jew in the area.

A special but modest celebration was held in Iran. Although there is no shliach to Iran (yet), Purim was celebrated by the local communities, which trace back thousands of years. Chief Rabbi Yehuda Gerami also made a special trip to the city of Hamadan to the tomb of Mordechai and Esther, where he read the Megillah, reliving the story where it all began.