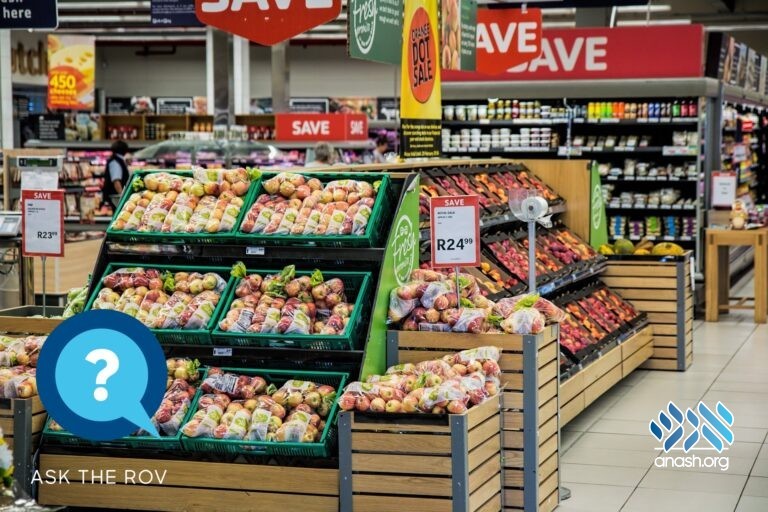 Ask the Rov: Can I purchase Israeli fruits and vegetables during shemita?

During shemita, Jews in Eretz Yisroel are obligated to refrain from working their fields and to leave the produce in their fields for all to take. If one transgressed and did not allow public access to his field, this produce is called “shamur.” If he worked on his field or orchard in a forbidden manner, the produce is termed “ne’evad.”

Any produce grown during shemita (see issue 640 for the timeframes) contains the sanctity of shevi’is and must be treated with respect and not discarded. Rishonim debate whether shamur or ne’evad produce is after-the-fact permitted for consumption with adherence to its sanctity—by shamur, Rabbeinu Tam prohibits while the Ramban permits; by ne’evad, Ramban prohibits while Rambam permits.

But there is another issue. Chazal decreed that “sefichin”— “after-growths” or vegetation that grew on their own in a Jewish field during shemita—are prohibited. This decree was designed to prevent transgressors from planting vegetables and claiming they grew on their own. This doesn’t apply to produce that grows in a gentile’s field since he can work during shemita. Fruit trees aren’t prohibited since a person would not gain immediately from planting such a tree, and already established trees produce fruit without additional effort.

Rishonim debate the timeframe for this prohibition. According to R. Shimshon of Shantz (Rash), it only applies to produce that grew primarily during shemita (less than a third of the way before shemita began). Rambam, however, holds that it applies to any produce harvested during shemita.

The halacha follows the more lenient opinion of Rash, though some Sefardic poskim rule lechatchila like the Rambam. Even according to the Rash, all produce harvested during shemita has the sanctity of shevi’is, which necessitates respectable treatment and no discarding of it.

In practice, one may not buy produce that was guarded or worked. Today that shemita is miderabanan, one may bedieved eat fruit of a tree that was grown in transgression of shemita. Vegetables, grains and legumes are prohibited regardless due to sefichin.