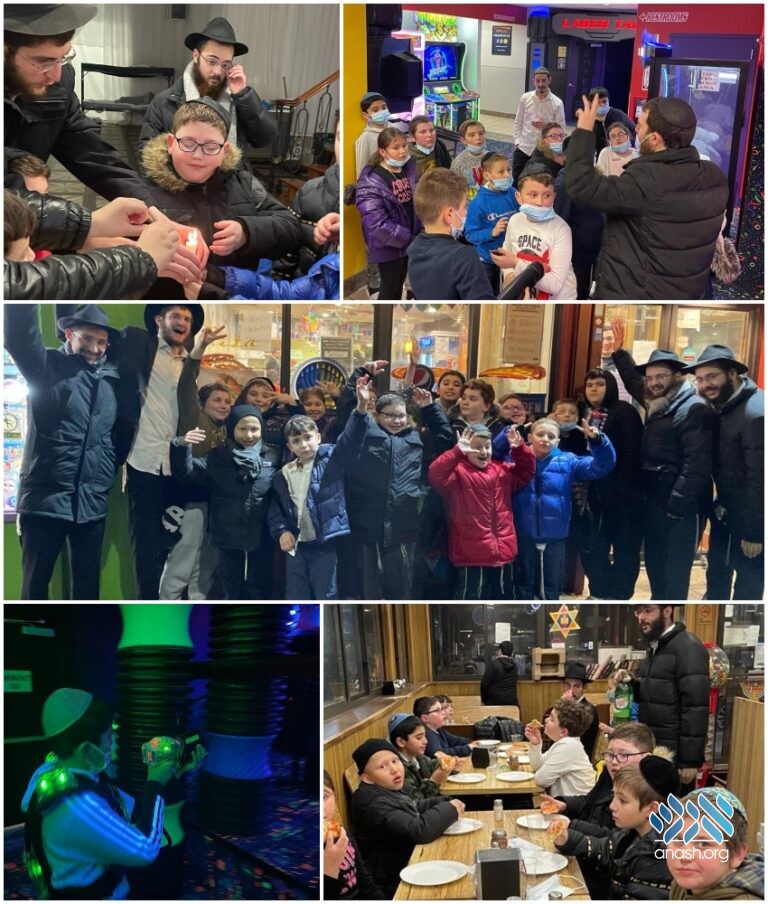 The Released Time Program of Greater New York hosted its 2nd Shabbaton of the year. All 20 children who joined, left the Shabbaton committed to doing an extra Mitzvah.

All New York City Public Schools begin winter break by December 24. Seizing the opportunity, the Released Time program – The flagship program of Chabad Lubavitch in America, decided to make its 2nd Shabbaton of the year.

Children from across NYC joined together in Crown Heights for a fun-filled Shabbos with games, scavengers, Shabbos parties, and a chance to tour 770 and participate in private family Shabbos meals.

“This was the funnest Shabbos of my life,” said David, “The coolest part was joining a real Shabbat dinner from beginning to end”.

The Shabbaton ended on Motzei Shabbos with an exciting Laser Tag and Arcade trip together with a Melave Malka at a pizza shop. Towards the end of the Melave Malka, each child had a chance to say out loud what they enjoyed most about the Shabbaton. But instead of the kids saying what they loved most, they decided to say how inspired they were, and how they want to do more Mitzvahs. It quickly turned from “what was your favorite part of the Shabbaton” to “share with everyone an extra Mitzvah you will start doing.”

Many kids committed themselves to say Modeh Ani and washing Negel Vasser every morning. While others chose Tzedakah or to encourage their friends to join Wednesday Hour – Released Time Program.

After each child was dropped off at their homes, the parents began to call and thank the Shabbaton directors for making such a fun and uplifting experience for their children.

The Released Time program would like to thank the selfless and dedicated Bochurim that directed the Shabbaton and made it the success that it was: Chaim Piekarsky. Mendel Holtzberg. Nesanel Sebag. Emanuel Cohen. Yossi Caroline, and Schenur Ginsburg.

Released Time would also like to give a big thank you to Reb Moshe Rubashkin for his amazing hospitality. And to Rabbi Benny Wolf for his help and assistance and to the Wilhelm, Raskin, Hecht, and Engel families for hosting the children throughout Shabbos.