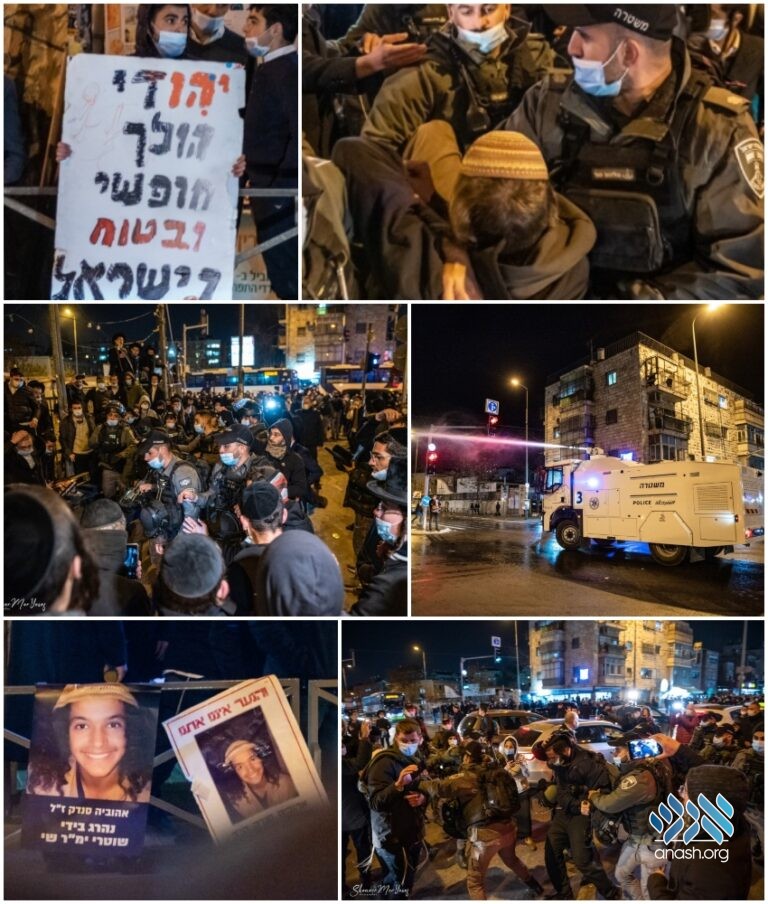 Chabad Photographer Shneur Mor Yosef captured the clashes between Police and demonstrators following the death of 16 year- old Ahuvya Sandak at the hands of Israeli Police.

Nearly 3,000 people demonstrated last night in front of the police national headquarters and the Ministry of Internal Security in Yerushalayim, protesting the killing of Ahuvya Sandak by officers from the Judea and Samaria District Police during a car chase in Binyamin on December 21.

Sandak, 16, was killed last Monday when the car he was driving in with another four youth was being chased by the police and overturned during the high-speed pursuit.

An initial inquiry shows that the police car rammed them from behind and caused the deadly accident. The police also failed to properly treat the victims at the site of the accident.

The demonstrators called on Minister of Public Security Amir Ohana to remove the police the power to investigate itself, and instead establish an external commission of inquiry to investigate the conduct of the Judea and Samaria District Police.