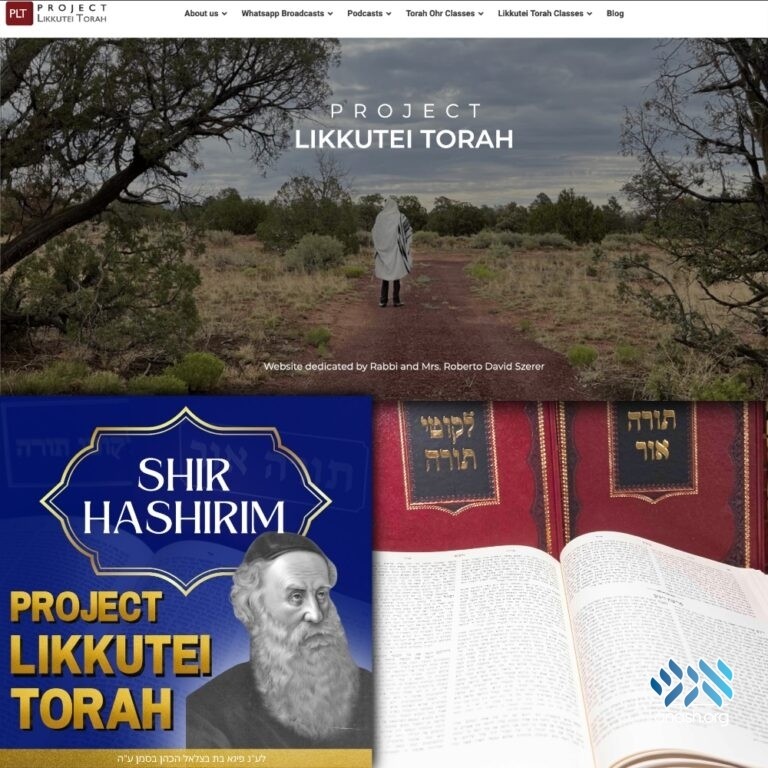 Project Likkutei Torah’s grassroots effort to help chassidim to fulfill the Rebbe’s hora’a to complete the entire Torah Ohr and Likkutei Torah has just made history by completing audio and video shiurim on the entire 51 dafim of Likkutei Torah Shir HaShirim in English.

This incredible accomplishment is particularly historic since never before has there been publicly available shiurim in English on the entire Likkutei Torah Shir HaShirim.

“It is an honor to be part of such an amazing project, to help others learn Chassidus and especially fulfill the Rebbe’s hora’a to learn Torah Ohr and Likutei Torah each year,” says Rabbi Choni Friedman, Maggid Shiur and Rav of the Lubavitch Greenfield community, Pittsburgh PA.

The shiurim are delivered exclusively in English, covering approximately one daf (four columns) in roughly 30-45 minutes. The reason for this ‘daf-shiur’ format is to make it possible to do the Rebbe’s hora’ah of completing the entire Likkutei Torah each year by learning a daf per day of Torah Ohr or Likkutei Torah while learning an additional daf of Shir Hashirim each week.

“The beauty of the Shir HaShirim program is that it can either be learned on its own at a slower daf-a-week pace or in conjunction with the much faster paced daily daf cycle, which regardless will allow the student finish the entire Shir HaShirim by the end of one year,” says Rabbi Betzalel Bassman, founder of the project.

While the Rebbe’s hora’ah in the earlier years was to only complete the parsha-based content, starting in 5725 (1965), the Rebbe specifically emphasized to also learn the drushim on Shir HaShirim (Vayakhel 5752).

“Likkutei Torah Shir Hashirim unfortunately one of the most overlooked parts of Likkutei Torah, that being said, we hope that these new English shiurim will help make these discourses which were previously inaccessible to the English-speaking student,” says Rabbi Yaakov Cahnman, director of the project.

Links to the podcasts, videos and text can all be found on their website, projectlikkuteitorah.com/shir-hashirim/ with links to the resources for each daf of Shir HaShirim.

From 19 Kislev until 24 Teves, Project Likkutei Torah is running a Charidy campaign which will help give them the resources to create even more classes for in-text learning, shiurim in various languages, episodes divided into a 3-year cycle, and much more.

Project Likkutei Torah was launched by Rabbi Meir and Shaindy Gutnick on 19 Kislev 5782.