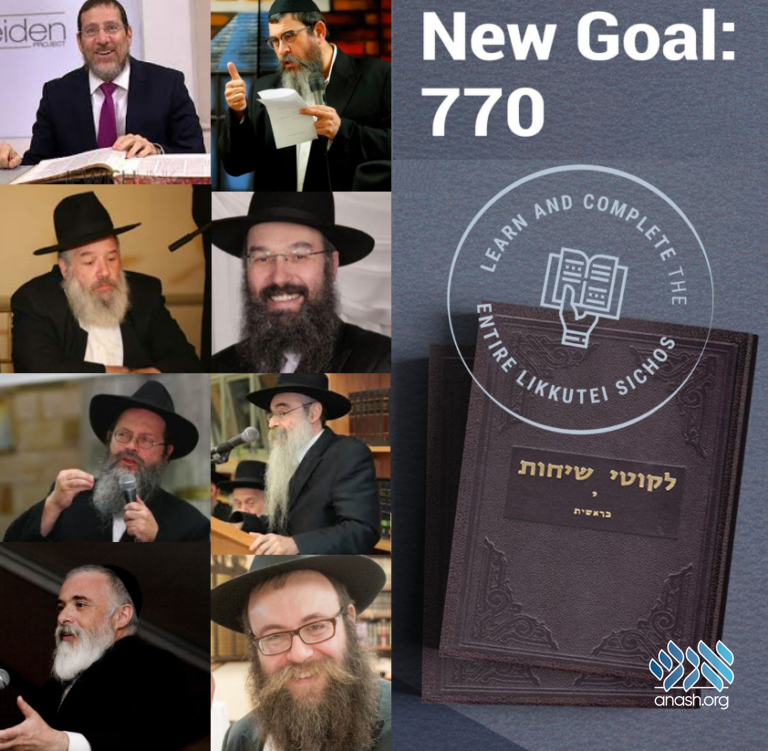 After exceeding their original sign-up goal in less than 48 hours, Project Likkutei Sichos set a goal over ten times the original number and announced a long list of scholars who will be giving shiurim for the project.

It has only been a few days since a groundbreaking initiative to learn the entire Likkutei Sichos was announced, and less than 48 hours have passed since the website went live. Yet, in that short amount of time, the original sign-up goals were vastly surpassed.

The original goal had been to have 70 individuals sign up. As of Thursday, the number is well over 500! Seeing the excitement, the organizers set an ambitious goal of 770 participants, over 10 times the original number!

In addition, the organizers are hard at work arranging resources, translations, and shiurim to make the 8-year goal practical for a wider audience. A long list of scholars have joined the initiative and will be delivering shiurim with another scholar giving the central shiur each week.