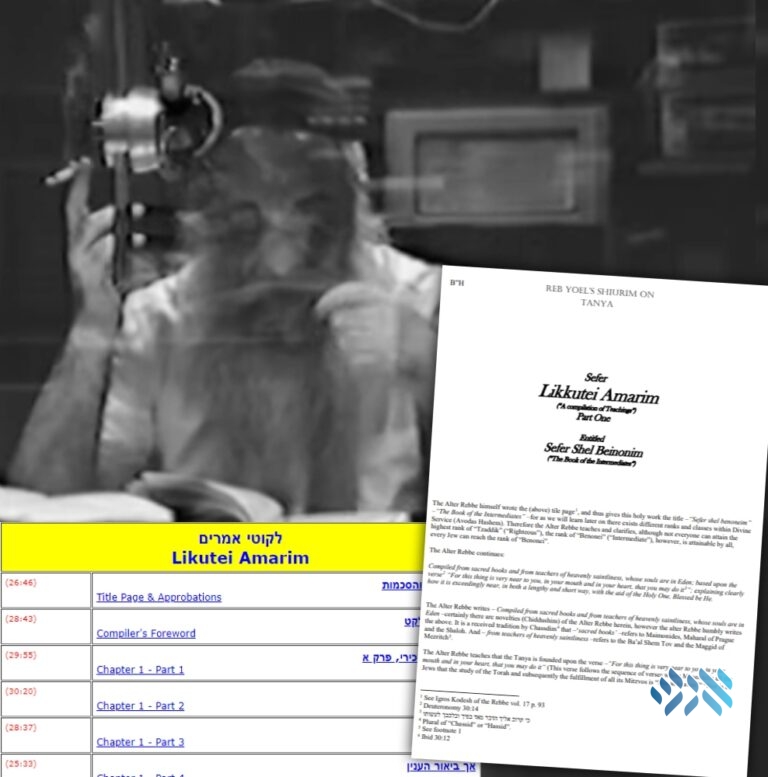 The renowned shiurim on Tanya given by Reb Yoel Kahn for the Chassidus on the Telephone program are being translated into English by a new project launched in honor of Yud Tes Kislev.

The renowned shiurim on Tanya given by Reb Yoel Kahn for the Chassidus on the Telephone program are being translated into English by a new project launched in honor of Yud Tes Kislev.

Reb Yoel, who served as the Rebbe’s chozer and was the preeminent scholar of Chassidus in the generation, delivered countless shiurim over his decades of teaching and disseminating Chassidus. One famous series was the in-depth shiurim he gave on Tanya via telephone almost 40 years ago. Reb Yoel would limit each Shiur to about half hour, and would broadcast it once a week.

The shiurim on Tanya are in-depth, frequently repeating what was taught in the previous shiur many times over, but each time a little differently, with a little more depth. After listening for some time one comes to realize that he has begun living the Perokim of Tanya, because Reb Yoel does not employ his immense encyclopedic knowledge of Chassidus when giving these shiurim, but rather learns the Perek together with the listener as if he too was learning it for the first time.

Reb Yoel’s Shiurim are also infused with the authentic warmth of Chassidus, and are complete with a one-of-a-kind method of elucidation.

While the shiurim have existed in various forms over the past four decades, they have never been translated into English. Bochur Shloimy Galperin has begun the work of translating the shiurim, one by one, to make the classes accessible to those that do not speak Yiddish.

“I decided to initiate this project after listening to, and immensely enjoying the shiurim, and wondering why they have never been translated,” he told Anash.org. “Those who aren’t fluent in Yiddish are missing out on a real treasure.”

Galperin says that although there are many great works on Tanya published in English, he feels that there is a lack of in-depth publications on Tanya in English.

“The key to a successful in-depth study is the repetitive analysis of the matter, as Reb Yoel does so well. I therefore decided to transcribe the shiurim and organize them as they were recorded for the original shiur,” he said. “This publication should be learned together with an open Tanya, for its style is not a simplified version, but rather a guide within the full meaning of the Tanya.”

The work presented here is far from perfect and is filled with mistakes. Within the progression of the transcription, one can see changes in the writing style and terminology used, this is only an early staged draft serving as a drawing board for future development.

“The reason I have decided to publicize this is to accomplish a mission – a project for others to join, taking part in the most important and final front that will bring Moshiach – to spread the wellspring of Chassidus,” he said.

To send feedback on the project, please email: [email protected].