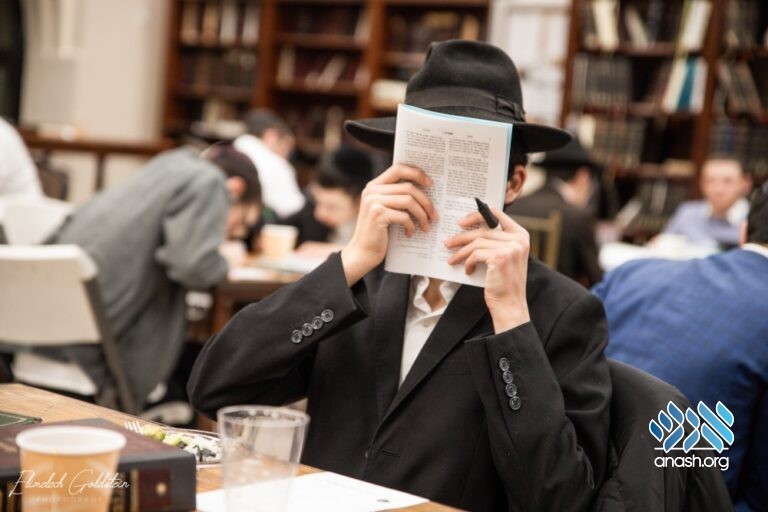 Chinuch and the Parsha by Rabbi Shmuel Wagner: Shidduch calls. “So, is he Chassidish?” How do you answer such a question? What does it mean anyway?

(Did your anxiety level just go up?)

How do you answer such a question?

Personally, my ready reply is, “Well, what do you call ‘Chassidish’?” Rarely does the inquirer have a ready response to this point-blank retort.

As a culture, we revere this sacred “C-Word” and hold it in high esteem. Countless altars are erected in its honor, and life decisions are made with it in mind.

But what does it mean?

Once upon a time, in a prestigious Lubavitch Mesivta, there was a class consisting of very good boys, interested in learning, and involved in positive activities.

When this group entered Shiur Beis, a certain boy joined their class. This newcomer was coming from a different setting, and his standards were a lot lower.

An interesting phenomenon occurred that year: while this newcomer, let’s call him Mendel, himself gained tremendously from the Yeshiva’s positive environment, he also introduced certain behaviors and mindsets to his classmates, and the general level of the class was lowered. Many of the boys slipped in their personal principles, and some the previously star-Bochurim had a rough year, spiritually speaking.

One Shabbos afternoon, a group of these Bochurim, Mendel included, were sitting in the dorm, playing a card game (not Uno). For some of the 15-year-olds, the interest was in the game itself, and for others, it was the tempting feeling of rebellion linked to the scene.

In middle of the game, with no connection to anything previously being discussed, one of the Bochurim, let’s call him Sholom, musingly asked his friends, “Who in this room is the most Chassidish”? Guesses and theories were thrown around, but Sholom shook his head and said, “No. The most Chassidish guy here is Mendel!”

Needles to say, the rest of the Bochurim thought that Sholom was joking. But Sholom repeated himself: “Mendel is the most Chassidish guy here. We are all going down, and he is the only one going up.”

That sentence seared itself into my memory. Till today, I consider that Shabbos afternoon game in the dorm to be one of the most powerful Farbrengens I have attended, with one of the most valuable life lessons I have ever learnt.

To quote the well-known teaching of the Ba’al Shem Tov: “במקום שמחשבתו של אדם שם הוא נמצא”, “A person is found in the place where his thoughts are.” One can more authentically be defined, not by his current status, but by the destination toward which he is actively striving.

Is this a valid definition of what living as a Chassid (“Chassidish”) means? Or was that merely an epiphany of a teenager going through an identity crisis?

It was this week, as I learned Tuesday’s Hayom Yom, when I realized just how accurate Sholom’s statement was.

What is “Chassidish”? The Hayom Yom of 21 Adar I deals with this word, by delving into the depth of its definition.

The term “chassid” is an ancient one that the Sages had even applied to Adam. It describes perfection and excellence in intellect or in emotive character-traits, or in both. However, in Chabad Chassidic doctrine the appellation “Chassid” refers to one who recognizes his own essence-character and his standing in the knowledge and study of Torah, as well as his situation in observing mitzvot. He knows what he lacks and he is concerned and takes pains to fill that void. He is diligent in obedience in the manner of “accepting the yoke.”

In other words, there are two inherent definitions to the word “Chassidish”:

[Disclaimer: Particularly when it comes to Shidduch calls, it is crucial to understand that people vary in their standards as to the required starting point of this progress. The goal of this article is to explore the term “Chassidishkeit”; not how to communicate clearly in a Shidduch call.]