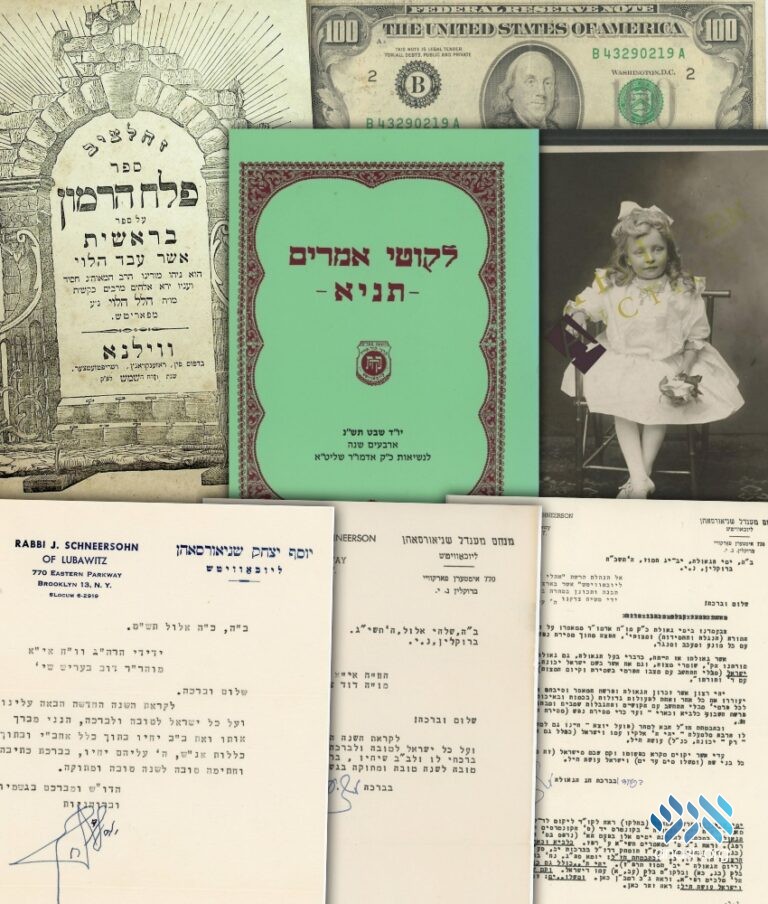 A number of handwritten letters, edits, and historical documents from the Frierdiker Rebbe and Rebbe are being auctioned off by the Appel Auction House, including previously unseen photos claimed to be of Rebbetzin Chaya Mushka.

The recent years have seen an explosion of letters and artifacts from the Rebbe and previous Lubavitcher Rebbeim being sold at public Judaica auctions.

An upcoming auction by the Appel Auction House is no exception. Over a dozen lots are filed under the ‘Chabad’ category offering letters, telegraphs, or handwritten edits from the Frierdiker Rebbe or the Rebbe, each a unique piece of Chabad history.

Among the attention-grabbing items are two previously unseen photos that are claimed to be pictures of Rebbetzin Chaya Mushka Schneerson, daughter of the Frierdiker Rebbe, and wife of the Rebbe.

The two photos are black and white, one showing a baby girl, and the second showing a girl of approximately two years old. Both seem to have been taken in a professional studio.

A letter from the Rebbe to the administration of Reshet Ohel Yosef Yitzchak in Eretz Yisroel dated Yud Beis – Yud Gimmel Tammuz 1968. The Rebbe added the word ‘BeChoved’ in his holy handwriting.

A letter of blessing and guidance from the Rebbe how to educate students at Bais Sefer L’Melacha in Kfar Chabad Israel.

A first edition of Pelach HaRimon authored by Rabbi Hillel Paritcher, famed chossid of the Mitteler Rebbe and Tzemach Tzedek.

Other items include a Tanya and several kuntreisim distributed by the Rebbe on various occasions, such as Kuntres Yud Aleph Nissan 5750, and Boruch She’asa Nissim.