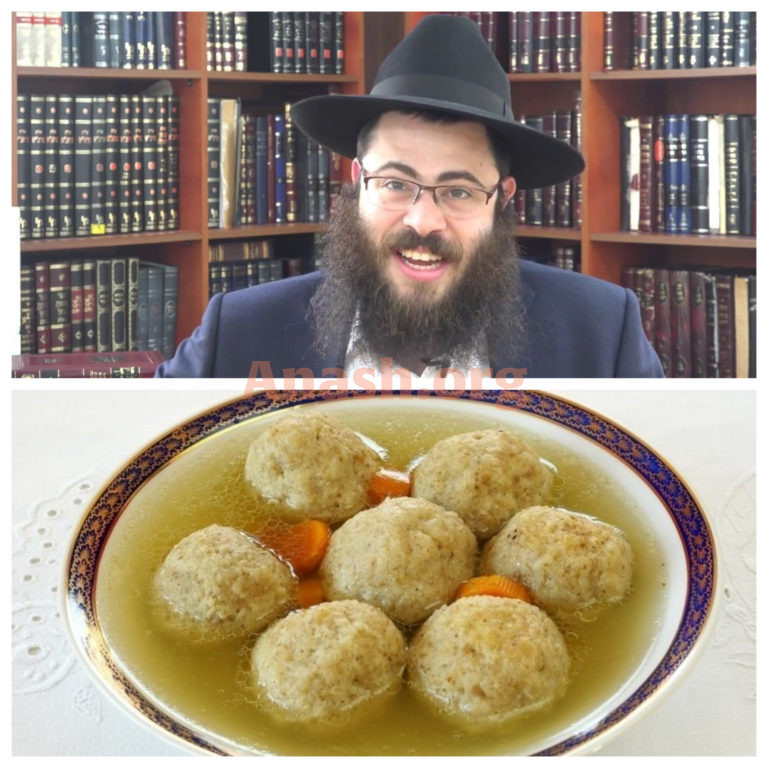 May I cook kneidlach on Friday for Acharon shel Pesach which is on Shabbos?﻿

Since Acharon shel Pesach this year falls on Shabbos, all cooking must be done beforehand. Preparing the Shabbos food on Friday-yom tov is only allowed if one set an eruv tavshilin.

Even with an eruv tavshilin, the food must be ready early enough on Friday that one could potentially eat it or serve it to guest who might show up that day, though realistically one plans to eat it on Shabbos. This way, the Torah prohibition of cooking on yom tov for Shabbos doesn’t apply, and the rabbinic injunction is resolved by the eruv.

Many, including Chabad, avoid eating gebrokts (soaked matza) on Pesach until the last day. Some therefore hold it is problematic cook gebrokts on Friday which is yom tov, since it isn’t fit for consumption on that day. They suggest that one must actually feed some of the cooked gebrokts on shviyi shel Pesach to people who eat gebrokts on Pesach. Some also compare it to the halacha that one who is fasting on Friday-yom tov (due to a vow or taanis chalom) may not cook on Friday for Shabbos since he cannot eat the food on the day it was cooked, even though he could feed it to others.

Others, however, draw a distinction between this case and the case of fasting (where we don’t rely on others being able to eat from it): one who is fasting may not cook anything, thus the eruv tavshilin doesn’t take effect for him at all; here, once the eruv allows him to cook some foods for himself, he may cook other foods as well that are at least fitting for others.

Moreover, it isn’t necessary to actually feed it, but to have potential use for it that day. Although we are careful not to feed gebrokts even to children, it is nonetheless allowed when needed, and in addition, many have Jewish neighbors who are not careful about gebrokts, thus there is a potential use in our homes even on Friday.

While some are concerned about preparing the gebrokts early since it might be chametz, or that one might come to eat from it while cooking, the Chabad custom is permit it, since we don’t consider gebrokts to be true chametz and it is merely a strict measure. It is for this reason that utensils used for gebrokts need not be kashered for the next Pesach.