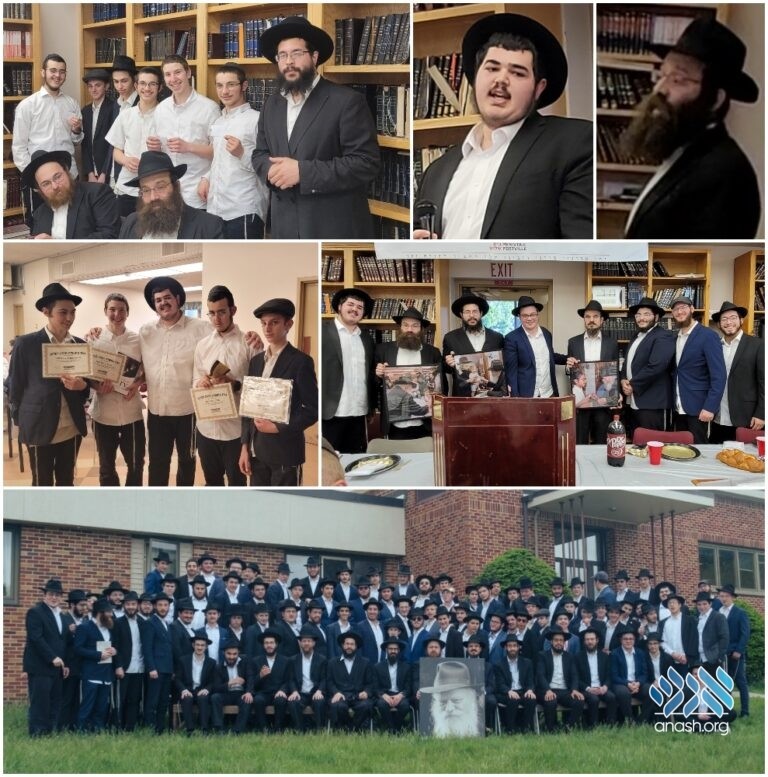 Postville Students gathered for an evening of inspiration and appreciation. Mashpia Rabbi Gavriel Levin answered questions and gave advice on how to have a summer of Torah.

In honor of the year coming to an end, bochurim in the Postville Yeshiva gathered for a tzeischem l’shalom interspersed with divrei Torah and awards.

The evening, which was emceed by bochur shliach Sholom Reicher, started out by watching a video on the Rebbe, on how to have a summer of Torah.

Following the video, the first speaker of the evening was mashpia of the yeshiva, Rabbi Gavriel Levin, who answered the bochurim’s questions.

A siyum was then made on meschtas Shabbos by Hatomin Mendel Levin, representing all the bochrim who finished.

A special thank you was given to the hanhola of the Yeshiva from the shluchim and each member of the hanhala was presented with their own personal picture of them with the Rebbe. The amazing shluchim were then called up to give their last message, and encourage the boys to stay in touch.

The menahel Rabbi Kopel Zerkind spoke to the bochurim on how to take the positive out of the year, which was followed by awards to recognize the bochurim who went above and beyond this year.

Rabbi Karp then spoke about the responsibility of being a tomim of Tomchei Temimim, followed by an end-of-the-year video to remember the great year they had.