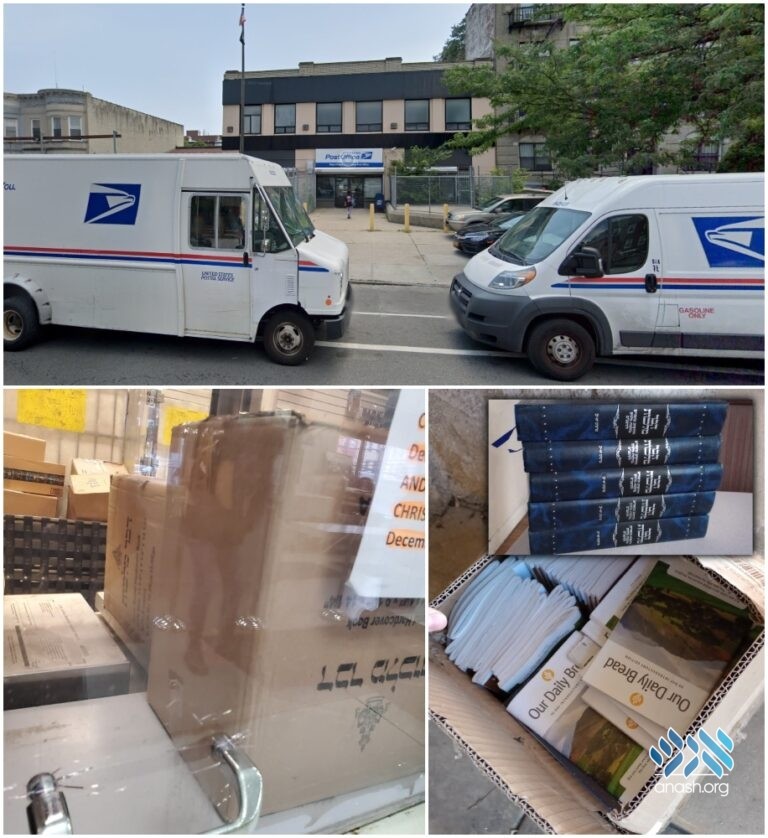 When boxes meant to contain seforim of the Rebbe’s Torah arrived at two yeshivos, the bochurim were shocked to see that the seforim had been swapped for missionary material.

When boxes arrived at two Chabad Yeshivos in the U.S., the recipients expected to find seforim inside, as had been shipped to them. To their shock, they discovered something entirely different.

The shipments, sent by the Ezagui family of Crown Heights to Yeshivas Ohr Elchonon Chabad in Los Angeles and Yeshivas Chabad of Baltimore, both originally contained seforim of the Rebbe’s Torah; a number of copies of the sefer ‘Dvar Malchus’ compiled by Rabbi Mendel Ezagui, and sets of Sefer Hasichos 5751-5752.

When the boxes arrived in Los Angeles and Baltimore, however, the recipients were in for an unpleasant surprise. The boxes felt much lighter than expected, and when opened, they saw that the majority of the seforim had been removed and replaced with Christian missionary pamphlets…

“It is clear that someone at the Post Office opened our boxes, removed our seforim and placed their own materials inside,” Eliyahu Ezagui, one of the family members involved in the shipment, told Anash.org. “These were two separate shipments to two locations, and they both were tampered with.”

In the United States, mail tampering is considered a federal crime, punishable with up to 5 years in prison and fines up to $250,000. According to lawyers contacted by the Ezagui family, this case may also be considered a hate crime.

“We reached out to USPS numerous times, and have yet to receive a response,” Ezagui said. “We plan on taking all possible courses of action to have this travesty dealt with properly.”