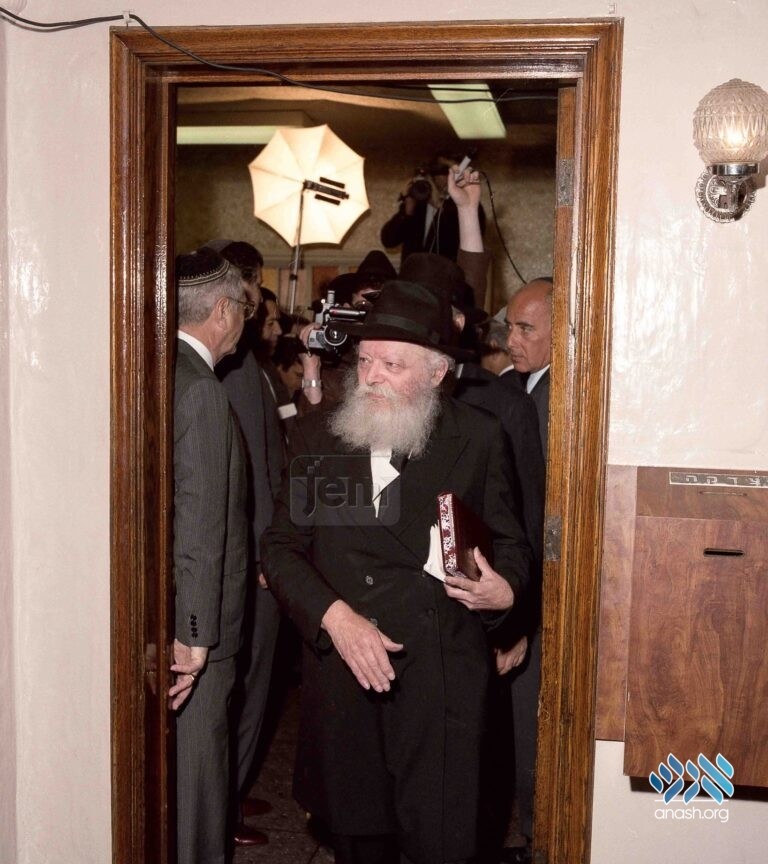 Two hours after hakafos on Simchas Torah night 5717 (1956), the Rebbe entered the sukka and distributed l’chaims. For some, the Rebbe had personal and direct words.

Two hours after hakafos on Simchas Torah night 5717 (1956) had concluded, the Rebbe entered the sukka and got up onto a chair. The Rebbe announced that he would give a l’chaim to all those who would undertake an increase in their study of Chassidus.

As the Rebbe handed out these l’chaims to the bochurim and yungeleit present to the sound of lively singing, some merited a few personal words:

The Rebbe said to M.L., “The idea of increasing in Chassidus does not apply only to the actual study or time spent on it. It also means that one should add to the results of this study, in thought, speech and action.”

When another bochur came by, the Rebbe told him that becoming conceited as a result of one’s knowledge of Chassidus is “like placing an avoda zara in the Beis HaMikdash!”

When A.H. received his mashke, the Rebbe challenged him: “Why it is that you become so frustrated when you miss a single breakfast – yet, if one, two, or even three days went by without studying any Chassidus it doesn’t seem to bother you at all!”