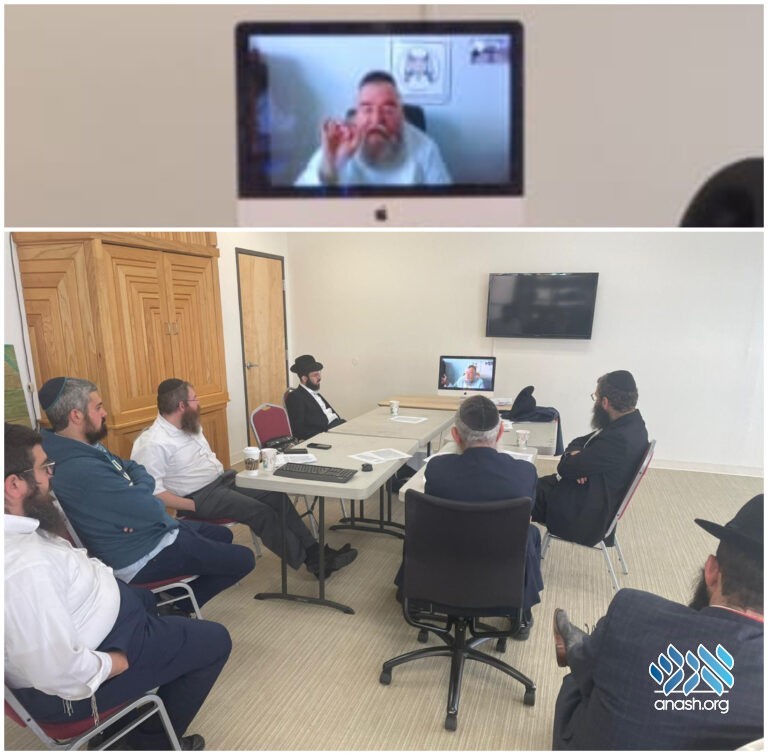 Shluchim of the Portland, Oregon region relived their yeshiva days by getting together for a full day of learning, with a study schedule and shiur prepared by Rabbi Nachman Wilhelm of OnlineSmicha.com.

After a busy month of non-stop action over Tishrei, shluchim all over the world are likely exhausted, but some shluchim decided to replenish their energy in a special way.

The shluchim of the Portland, Oregon region got together for a full day of learning, to re-experience the feeling of their yeshiva days. Organized by Rabbi Chaim Shmaya Wilhelm of Northeast Portland Chabad, the learning was led by Rabbi Nachman Wilhelm of OnlineSmicha.com, who prepared the seder of the “Yeshiva Day” and delivered shiurim on the topics studied via Zoom.

Every participant was presented with a full schedule and texts in Nigleh and Chassidus to study, recreating the classic yeshiva atmosphere.

“It was amazing to go back to yeshiva for a day, carving out time from our busy schedules to sit with a sefer and learn” Rabbi Menachem Orenstein, shliach to Tigard, Oregon and enthusiastic participant said. “I left with renewed kochos for my shlichus and I’m already looking forward to next one.”

The event took place at Chabad of Northeast Portland, with the attendance of Oregon’s head shliach Rabbi Moshe Wilhelm.

“A great Yasher Koach to the shluchim of Portland,” said Rabbi Nachman Wilhelm. “It was beautiful to see their dedication to learning. I hope this idea catches on and becomes commonplace for shluchim around the world.”

“It was really appreciated,” said Rabbi Chayim Eliyohu Mishulovin, one of the participants. “There’s nothing like dropping off the kids at school and then spending the entire day learning until pickup.”