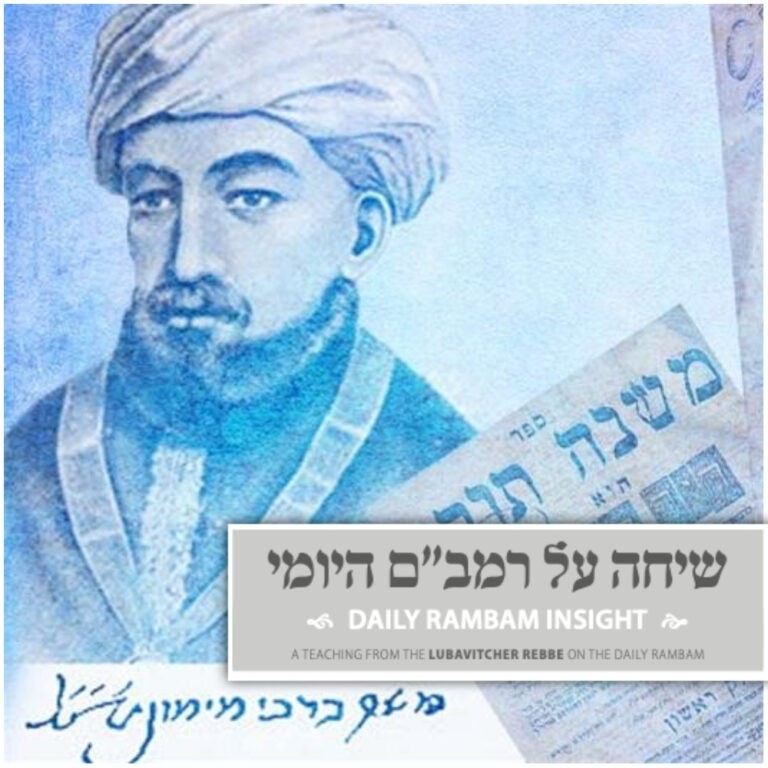 Publishers of the weekly Chayenu have announced a new feature to their popular learning publication, an idea from the Rebbe on that day’s Rambam in Hebrew and English.

A few years ago, with the milestone of the 40th cycle of Limud HaRambam, many new initiatives were launched, to take the daily study to new heights. One of these was to create a new Hebrew-English Mishneh Torah, featuring the Rebbe’s commentary. Rabbi Meir Elituv has taken on this task by creating Pardes Melech and a new partnership with Chayenu.

Chayenu3 is a new weekly publication, which features Chitas and three Prokim of Rambam in Hebrew-English (from the Moznaim Rambam). Chayenu3 has begun a new column, where every single day of Rambam features an idea from the Rebbe on that day’s Rambam.

This is an unprecedented opportunity for those learning daily 3 Prokim to have a teaching of the Rebbe, in English, printed alongside the daily shiur. This new content, translated by Rabbi Elituv’s team debuts in the weekly Chayenu3, and is then incorporated into the next volume of Pardes Melech for print as well.

Pardes Melech is a sefer like no other, although, in past years there had been books, like Yayn Malchus, which collected the Rebbe’s teachings on Rambam – culled from the many Farbrengens where the Rebbe would comment on that day’s Rambam – there was never a comprehensive collection addressing each day’s Rambam, and certainly not in English. This novelty was pioneered by Rabbi Yossi Lipskier. He later published this research in Hebrew in Otzar HaMelech.

Rabbi Elituv has a team of 22 scholars around the world working feverishly to organize and translate the hundreds of teachings of the Rebbe on Rambam. Rabbi Elituv is aiming to complete the entire Mishneh Torah set by next Yud-Alef Nissan (5783), with each individual volume being released almost monthly.

To purchase the Pardes Hamelech Set: The pre-purchase model is like a subscription, whereby those who sign-up for the set receive each book as its printed. To receive your own set, visit Rambam-Rebbe.com