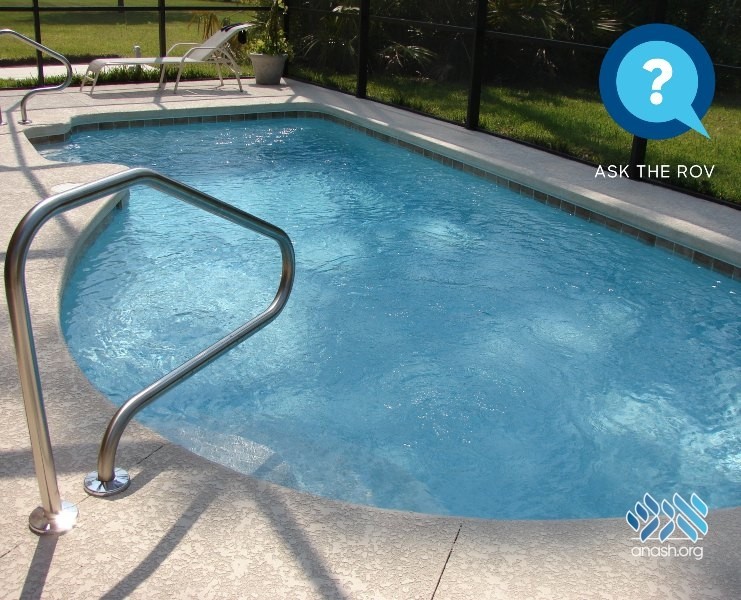 Ask the Rov: Can I immerse myself in a lake or pool on Shabbos?

Chazal prohibited swimming in a lake or pond as a decree lest one make a swimmer’s barrel to hold onto while swimming (like the modern-day swimming tube). As an extension of this decree, it is prohibited to cause anything to float in such bodies of water, like to push debris on the water surface to either side so that the water will be cleaner.1

There are other issues that arise when dipping on Shabbos: When drying hair, one must avoid actively squeezing water from the hair and only use a towel gently (see issue 486), and since a lake is a karmelis where there is a rabbinic prohibition against carrying 4 amos on Shabbos and walking with water on one’s body is considered carrying the water, one must dry his body right at the edge of the lake (this concern doesn’t apply on yom tov).3

Due to these potential Shabbos issues, Shulchan Aruch records the widespread practice not to bathe at all on Shabbos, even in cold water. Immersing for mikvah is permitted, but swimming while in the water is prohibited, since this is an actual issur miderabanan.4

It is prohibited on Shabbos to immerse a dish since it is considered “fixing” it. Why then can a person go to the mikvah?

When a person immerses, it’s not clearly apparent that he is fixing himself, since he may just be going in the water to cool off (though the widespread custom against bathing does make this possibility less probable). In addition, tevilas ezra for extra purity is not considered “fixing.” Although strongly recommended according to sources in both nigleh and Chassidus, it is not obligatory and is not considered “fixing” a situation per se.5

The Arizal writes that one should be toivel on Shabbos morning just as one is toivel before Shabbos, since the kedusha of Shabbos day is higher than that of the night.6 The Frierdiker Rebbe records a tradition from the Baal Shem Tov to be toivel every erev Shabbos and Shabbos morning.7