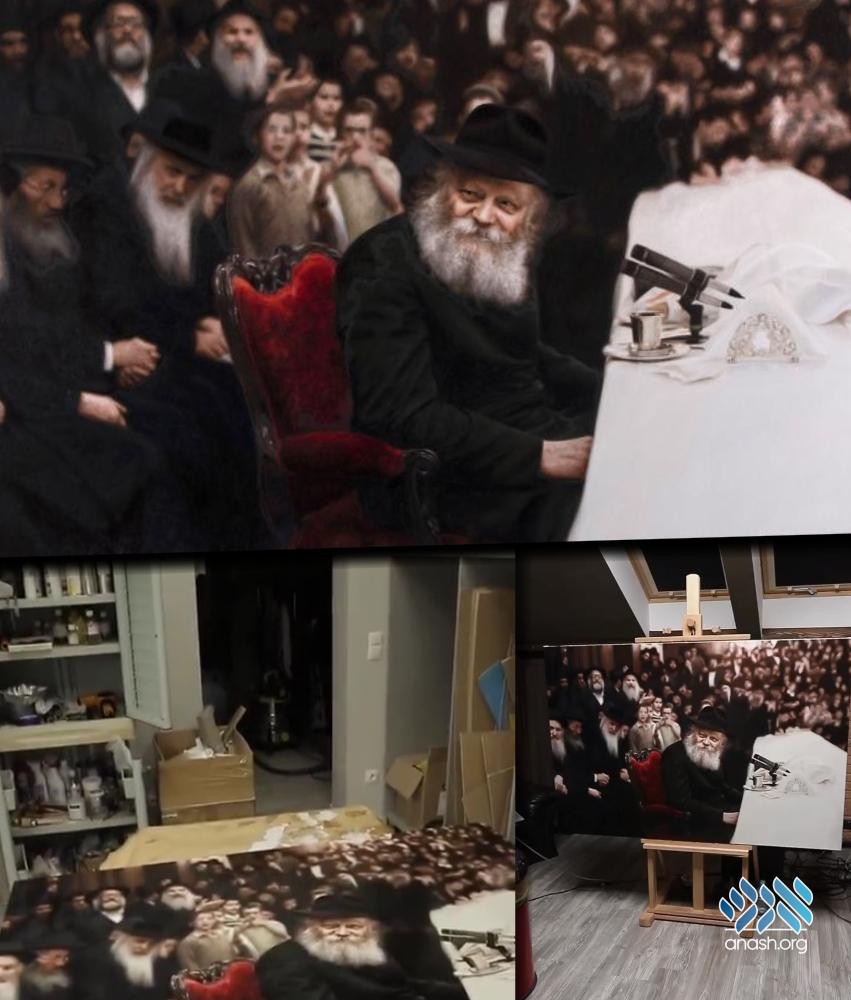 A young Lubavitcher fulfilled his dream of acquiring a painting of the Rebbe when he found a Polish artist who did it for an affordable price. Now he wants to give other Lubavitchers the chance to fulfill their dreams as well.

A young Lubavitcher fulfilled his dream of acquiring a painting of the Rebbe when he found a Polish artist who did it for an affordable price. Now he wants to give other Lubavitchers the chance to fulfill their dreams as well.

The proud owner of the painting told Anash.org how he came to acquire the masterpiece.

“Ever since I was a kid I enjoyed art very much, and I dreamed for a long time of having a really nice Rebbe painting in my home. Recently, a chance came up to buy an original Rebbe painting, but the cost was astronomical. So, I began doing research, I wanted to find someone that excelled in photo realism and that would be more budget-friendly,” he said.

He says that he did quite a lot of research before finding a Polish artist by the name of Ela Lechoszest. After looking at her works and hearing that she has been painting for over a decade, and that her husband is quite a master painter as well, he decided to take the plunge and commissioned his dream painting.

“For two months Ela worked, and I sat on pins and needles. I find that the Rebbe is so hard to depict accurately and was quite worried as to how the painting would come out,” he said. “Finally, it was done. When I was sent the first pictures of the completed portrait, I was floored. The gigantic, 40×60 painting titled “Lubavitcher Rebbe” was by far the most impressive and exact portrait of the Rebbe I’d ever seen! It is hard to believe it is even a painting, it is so large that it almost feels lifelike!”

Although he originally thought to keep the story to himself, he decided to share it with the public to allow others to be able to acquire whatever art they were dreaming of for themselves.

“I honestly feel as though I found a hidden gem and I would love for other people’s Rebbe (or other) painting dreams to come true, so I felt compelled to share the results and this story with the public,” the proud owner of ‘Lubavitcher Rebbe’ shared with Anash.org.