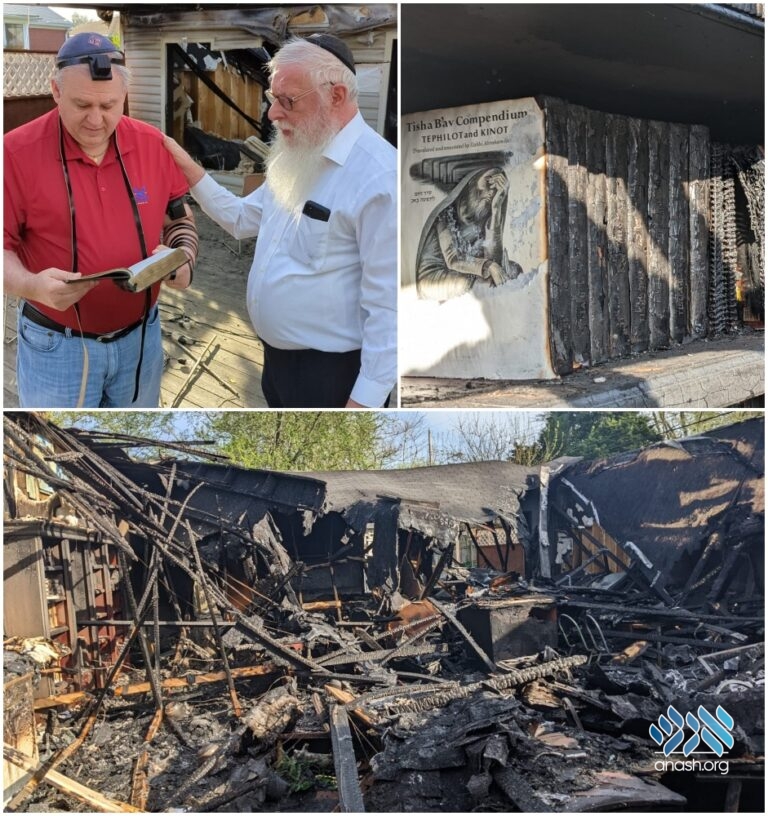 After a short investigation police have determined that a fire that destroyed Chabad of Kentucky’s headquarters was not set intentionally.

A fire that destroyed the headquarters of Chabad of Kentucky on Acharon Shel Pesach was not intentionally set, police determined.

The fire that devastated the Chabad House was preceded by an earlier fire on the same day. The first fire, a grease fire, began early Shabbos morning in the building adjoining the Chabad House, and was extinguished by the Louisville Fire Department.

At noon on the same day, the Chabad house proper caught on fire and in just a few short moments was engulfed in flames. The roof quickly collapsed leaving nothing but a shell.

Despite the proximity of the two fires, the quick acceleration of the fire in the Chabad House prompted an arson investigation to ensure it was not a deliberate act.

After a short investigation, the police determined that the fire was not intentionally set, but was rather a reignition or secondary fire from earlier.

Local shluchim confirmed to Anash.org that the fire that destroyed the Chabad House came as a result of an incomplete job on the part of the Fire Department following the earlier fire.

Yet, despite the great loss, with the Chabad House fully destroyed, the shluchim are not planning on slowing down.

“Inspired by the Rebbe’s boundless optimism and love, we know our best days are ahead and we will continue on from strength to strength,” Rabbi Avrohom Litvin, Regional Director of Chabad of Kentucky said.

Chabad of Kentucky’s programs will continue even as they make plans to assess and create a new home. To donate, visit Chabadky.com/donate.