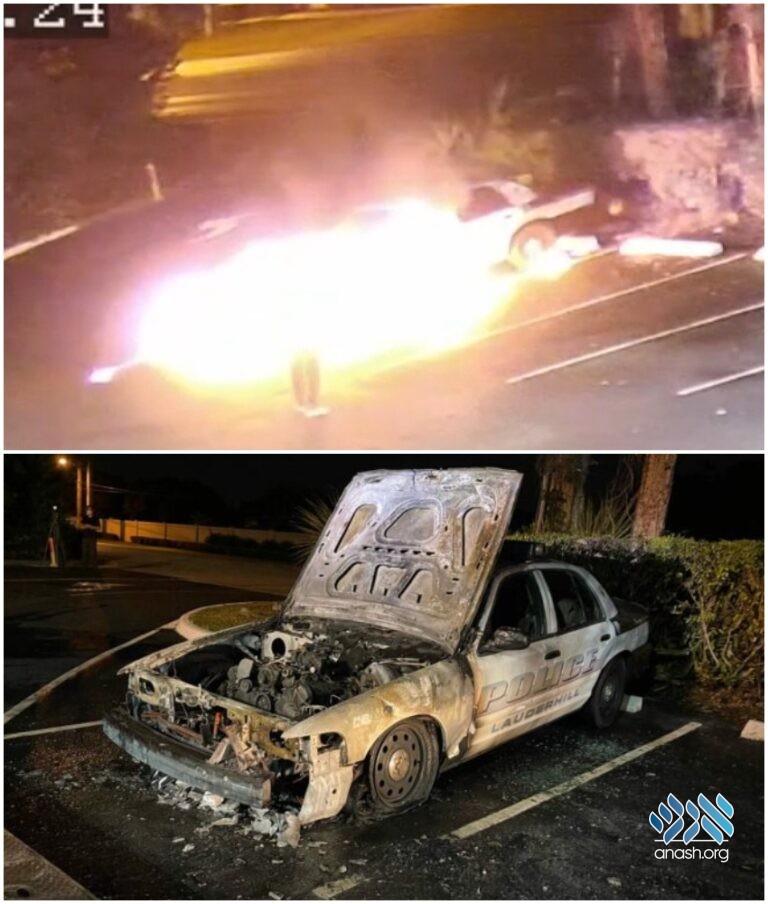 Police in Florida are investigating after a patrol car guarding a Chabad House in Lauderhill was intentionally set on fire late Wednesday night.

Police in Lauderhill, a city in the Miami metropolitan area, are investigating after one of their cars was set on fire outside a Chabad House late Wednesday night.

Officers arrived at the parking lot of Inverrary-Chabad, located at 6700 NW 44th St., shortly before midnight and found the vehicle in flames.

Fortunately, it was unoccupied at the time and no injuries were reported. The fire was extinguished and the car was towed away.

“We were alerted right away by the police and fire department,” said Rabbi Levi Chanowitz. “Acts like this shouldn’t be tolerated anywhere, especially when it’s in a place that’s a house of worship. People come here to congregate, people come here to learn, to celebrate life and Judaism.”

According to police, surveillance video shows a man dousing the vehicle with a liquid before lighting it on fire.

Police said the cruiser was parked in front of the Chabad House as a way to deter crime from happening at the Jewish center.

No information is available at this time regarding any connection of the incident to the Chabad house.