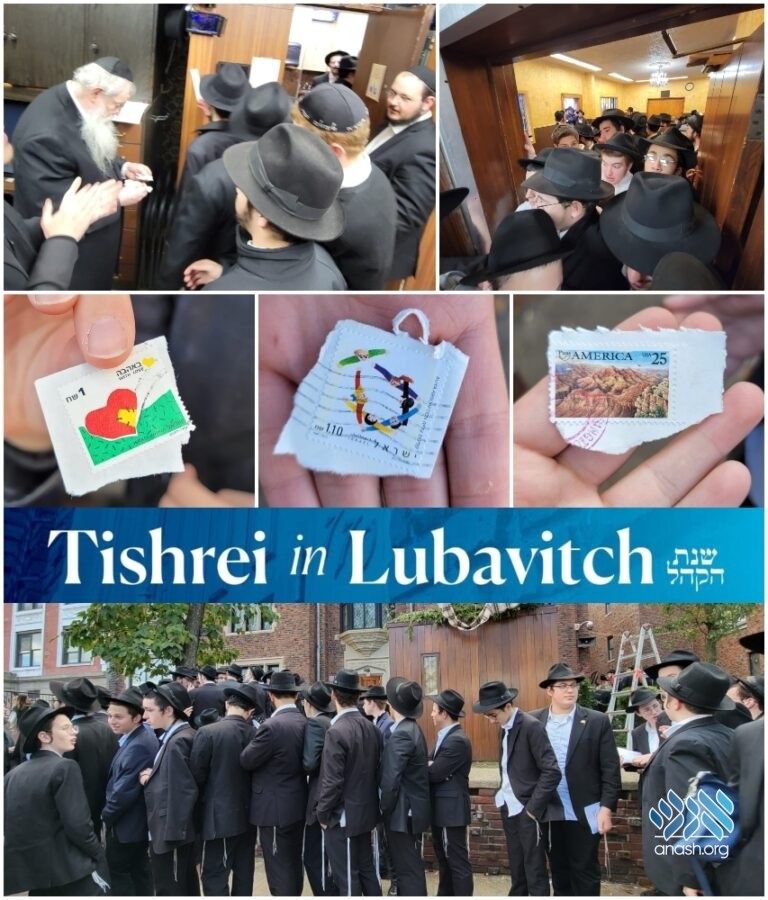 Hundreds of bochurim who committed to learning and speaking Yiddish received a unique gift from Rabbi Chaim Boruch Halberstam; a postage stamp from a letter received and held by the Rebbe.

Six days a week for 45 years, stacks of letters would be delivered to 770 Eastern Parkway. These letters would arrive from tens of thousands of people from across the globe who would seek the Rebbe‘s bracha and advice or share good news.

It is widely known that the Rebbe would personally open every single letter addressed to him by hand. When the Rebbe’s secretaries offered the Rebbe an electrical letter opener the Rebbe responded “Can an electronic machine possibly detect the pain and tears that went into the writing these heartfelt letters?”

By the mid-1980s these stamps numbered in the hundreds of thousands. At one point the United States Postal Service confirmed that the Rebbe received more mail than anyone except for the President.

For years these stamps were stored away for safekeeping in one of the rooms at 770. At some point during a renovation, bags of these stamps were accidentally thrown into the garbage. Realizing the grave error, Rabbi Chaim Boruch Halberstam made sure that the stamps were rescued from the trash.

On Wednesday morning, as many of the Hebrew-speaking bochurim were preparing to return home after an uplifting month by the Rebbe, Rabbi Halberstam gave each bochur who committed to learning and speaking Yiddish a postage stamp that was in the Rebbe’s holy hands.