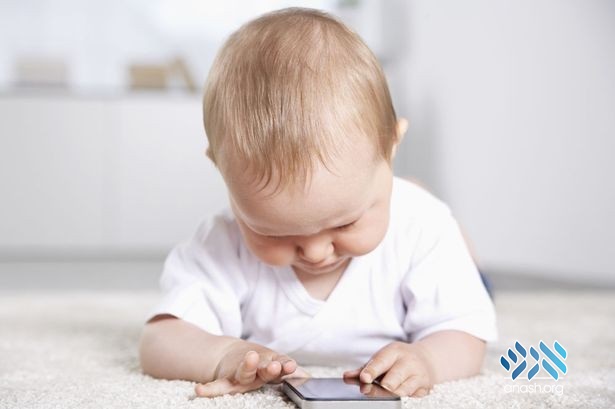 May I allow my children to play with an old cellphone on Shabbos?

Various categories of items fall under the rubric of muktza (“set apart”), i.e., not “prepared” or designated for Shabbos use, with varying levels of restrictions with regards to handling them on Shabbos. Items or substances that have no intrinsic function and are not designated utensils or tools (e.g. stones, money, sand) are muktza in an absolute sense (machmas gufo), for they are naturally “set apart” lacking a designated use.

A different category of items are ones that although not actually utensils, may still be in the category of utensils, because they are fit to be used for some purpose on Shabbos (e.g. fabric to sit on). This is their status quo, but if one places them in a warehouse to be sold, he nullifies their previous classification as utensils and it is forbidden to move them. Likewise, stones leftover from construction would be categorized as utensils since they would be left to sit on. If, however, they are arranged in a manner that indicates intent for future building use, this de-categorizes them as utensils and they may not be handled (though one may sit on them without moving them).

If one mentally designates the non-utensil item (e.g. a stick or stone) prior to Shabbos for a permissible purpose, it causes the item to be categorized as a keli (utensil) and it may then be used on Shabbos:

If it is a common use for this item, it is sufficient to designate it even just for that Shabbos, or alternatively, if he used it for this purpose even once before Shabbos, it is considered prepared for that purpose, even if without mental designation. If, however, the use is not common, it must be designated for that purpose indefinitely. This is true even if it was used for this purpose numerous times before Shabbos.

Classical poskim mention various uses that were commonly done with otherwise non-utensils (such as using a stone to crack open nuts), and some rule that using a stone or brick to prop a door open is also a normal use. It is, however, often unclear whether a particular use is considered normal, thus in doubt, it is preferable to always designate the item before Shabbos for that use indefinitely to be on the safe side.

Another form of muktza is when a utensil’s primary use is Shabbos prohibited (melachto l’isur). This utensil may not be moved to protect it from getting ruined, however, it may be used for a permissible use (e.g. a saw for cutting challah). Although some limit this to when there isn’t another option, the Alter Rebbe doesn’t mention this restriction.

A non-operating cell phone has the status of a keli shem’lachto l’isur, and thus may be used for a permissible purpose (e.g. as a toy) even without being designated for this before Shabbos.