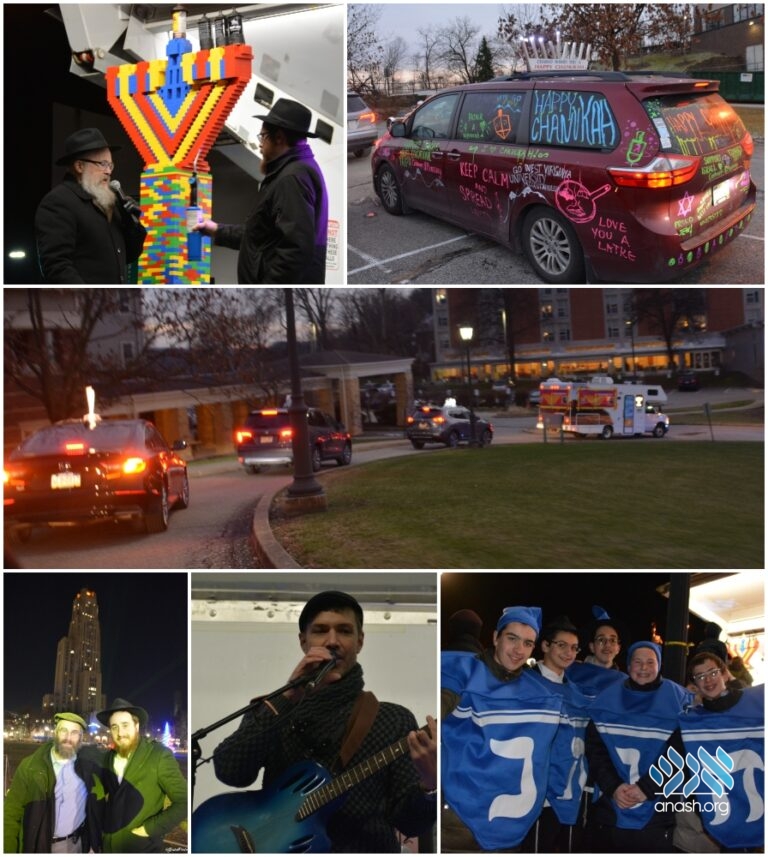 Anash of Pittsburgh joined a car menorah parade on the third night of Chanukah, spreading light across the city. The parade concluded with a Hakhel Chanukah festival.

Nearly 50 cars joined a menorah parade in Pittsburgh, PA, spreading the light and joy of Chanukah across the city.

The parade, organized by Chabad of Squirrel Hill and Chabad Lubavitch of Western Pennsylvania, passed by many of the local Chabad institutions as it drove through the city. Passerby stopped and waved as the parade passed.

The parade concluded with a Chanukah Hakhel festival with a special performance by Tali Yess, a children’s choir, latkes, donuts and more.

The highlight of the festival was the lighting of a 7-foot lego menorah, followed by traditional Chanukah songs.