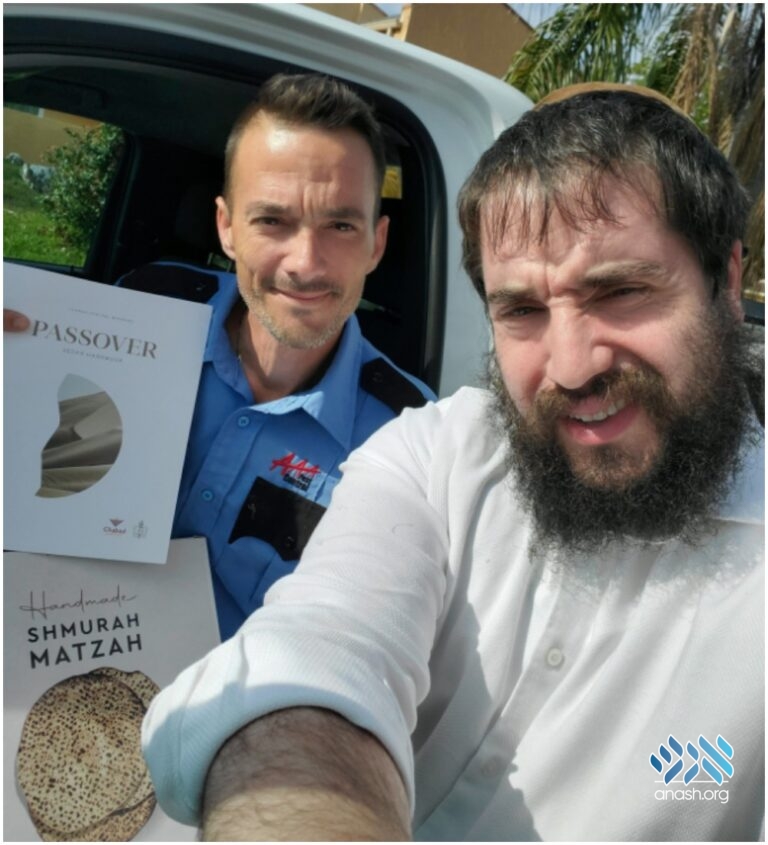 A pest exterminator thought he was coming to the Rabbi Chaim Rosenstein’s home for a routine inspection, but he got a Bar Mitzvah instead.

I met our exterminator, 39-year-old Jonathan Mann, this morning to take care of a Pest Control extermination job. During the inspection of our home, he divulged that his aunt has numbers on her arm.

I asked if he was Jewish and he replied, “Partially… only from my mother’s side.” He was born to a Jewish mother and a non-Jewish father. Jonathan said he had never put on Tefillin before. I asked him, “Are you ready for your bar mitzvah?”

After laying Tefillin and reciting Shema, he said, “Rabbi, I feel better today.”

One mitzvah leads to another, and he left with a box of matzah and a holiday guide to learn about and celebrate the upcoming holiday of Pesach.