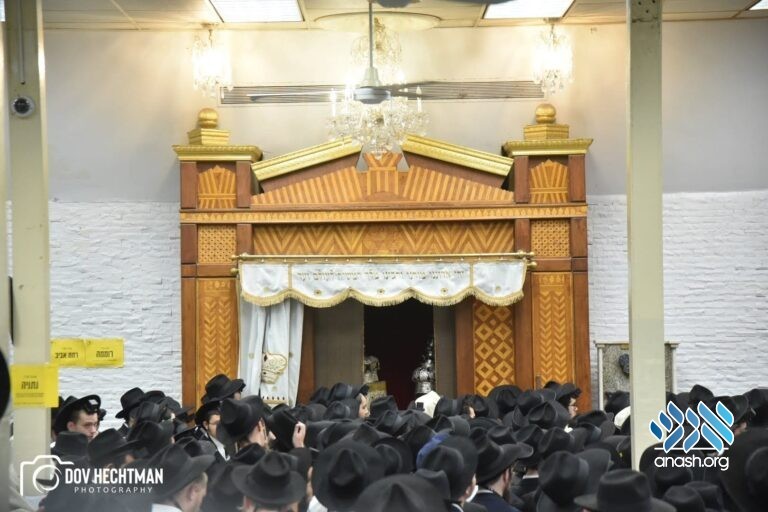 With the return of large crowds to 770 for Tishrei, the annual ‘Selling of the Mitzvos’ was held on Shabbos Bereishis, with some of the kibbudim fetching unusually high prices.

The decades-old Chabad custom of auctioning off the new year’s kibbudim on Shabbos Bereishis, was carried out in 770 this year in its usual style and manner.

Unlike last year, when due to the smaller crowds several Kibbudim remained unsold and many others were sold at a discounted rate, this year the mitzvos were sold at pre-pandemic prices.

The highest-grossing mitzvah was for the honor of opening the Aron Kodesh on Shmini Atzeres for tefillas Geshem. It was purchased for a whopping $50,000.

The highly sought-after Aliya of Maftir Yonah, which is widely considered to be a segulah for great wealth, was sold for $40,000. Surprisingly, it was one of the few items which remained unsold last year.

The Aliyos of Chazak for Chumash Breishis, Shmos, Vayikra, and Bamidbar, each sold for six or eight thousand, while the aliya of Chosson Torah on Simchas Torah sold for $21,000.