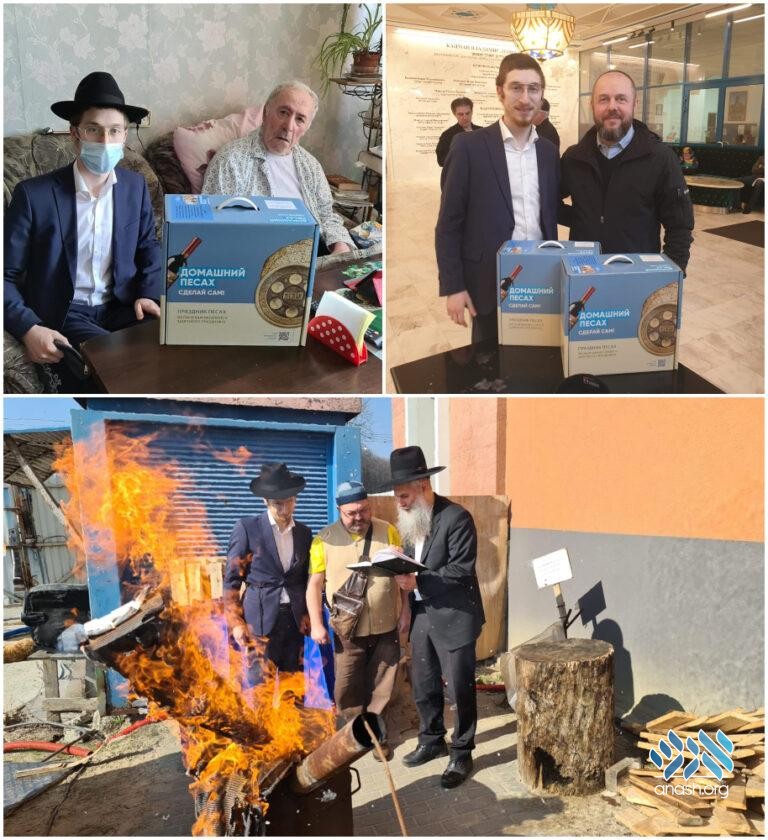 The festival on Pesach was brought to hundreds of Yidden in Kaliningrad, a Russian enclave between Poland and Lithuania, with programs organized by local shluchim Rabbis Dovid Shvedik and Avraham Baruch Deitch.

The festival on Pesach was brought to hundreds of Yidden in Kaliningrad, a Russian city totally separate from mainland Russia, and known as “Europe’s Russian Enclave”.

Despite approval from the authorities for the partial opening of Shuls, many Jews were still wary to attend the public seder held in the reconstructed Great Synagogue in person. So local shluchim Rabbi Dovid Shvedik and Rabbi Avraham Baruch Deitch found a way to bring Pesach to them.

Rabbi Deitch distributed dozens of special kits that allow each person to have a personal seder night at home. The kit included three hand-made matzahs, grape juice, a Haggadah for Seder night with a translation into Russian, candles, and all the Seder simonim with the addition of meat and fish that are strictly kosher for Pesach.

The distribution took place in the shul in the city center in the days leading up to Pesach and many received the kit directly to their homes by volunteers from the Jewish community.

On Yom Tov itself, prayers and holiday meals were held according to the guidelines of the Russian Ministry of Health. Over 50 people arrived on the first Seder night, and the second night was especially dedicated to young Jews who came in droves to experience the Seder night, for some for the first time in their lives.

Ahead of the final days of Pesach, the Chabad House is preparing for a grand Seudas Moshiach, together with a PR campaign to encourage as many local Yidden as possible to attend and get a taste of the upcoming redemption.