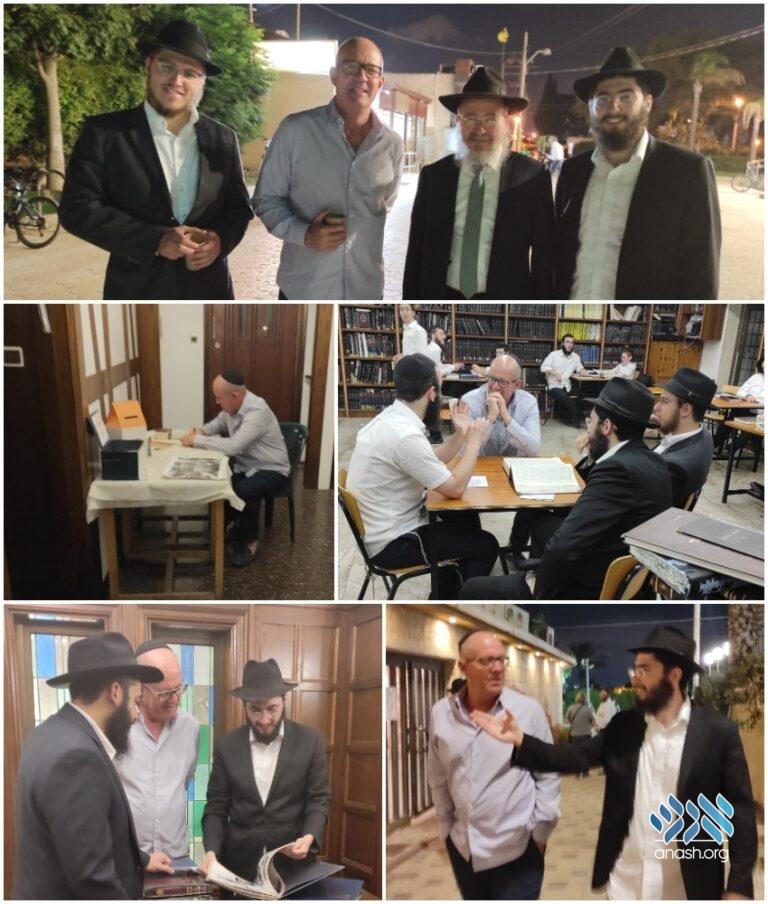 Peru’s ambassador to Israel paid a meaningful visit to Kfar Chabad where he met with Spanish-speaking shluchim and students and even penned a personal letter to the Ohel.

The ambassador visited 770 in Kfar Chabad, Beit Menachem, and the Yeshiva Gedolah. During the visit in 770, the ambassador sat down to write a letter to the Rebbe which was sent to the Rebbe’s Ohel in Queens.

As he entered the large zal of the Yeshiva, the ambassador sat down to study with Spanish-speaking student Shamai Chein and was also warmly received by the mashpi’im Rabbis Gurevitz and Kirschenbaum.

The veteran diplomat then met with Rabbi Yaakov Halperin the Chabad representative of the Jerusalem municipality.

The ambassador also expressed his condolences on behalf of his nation on the recent passing of Rabbi Zalman Blumenfeld, the shliach in Peru. He also spoke with the rabbis about the possibility of making a moment of silence in Peruvian schools.