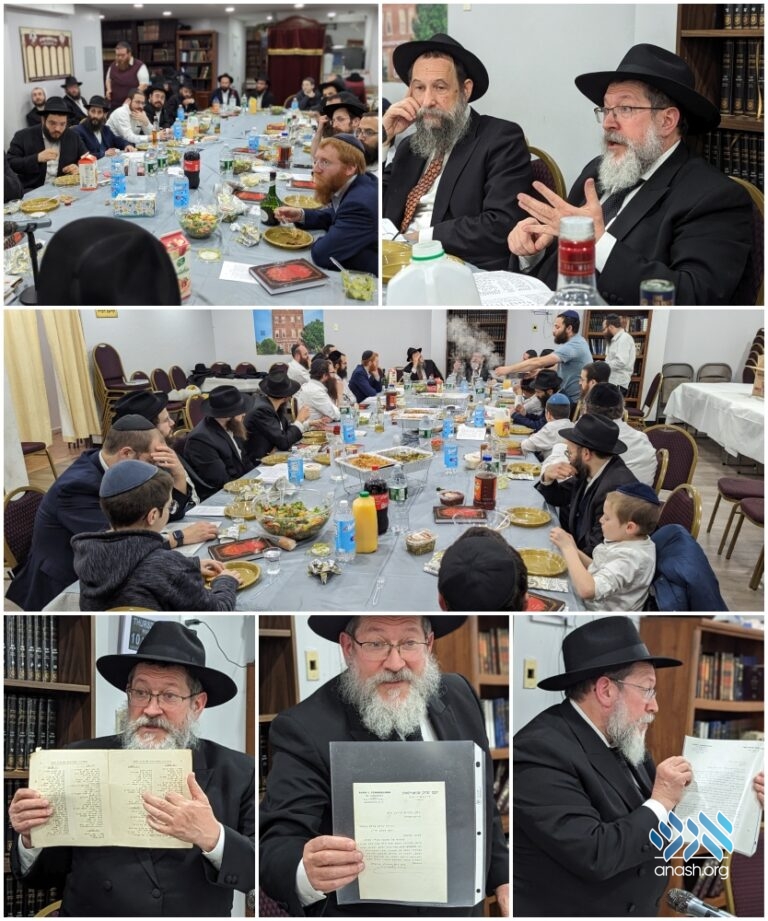 The East Flatbush community celebrated Hey Teves with a joyous farbrengen led by Harav Levi Garelik; he showed them treasures of Chabad history from his archives.

At the farbrengen, Rabbi Garelik showed the assembled crowd a number of treasures of Chabad history from his extensive archives. Among them were a handwritten letter by Rebbetzin Chana Schneerson, mother of the Rebbe, letters from the Frierdiker Rebbe, and historic pamphlets.