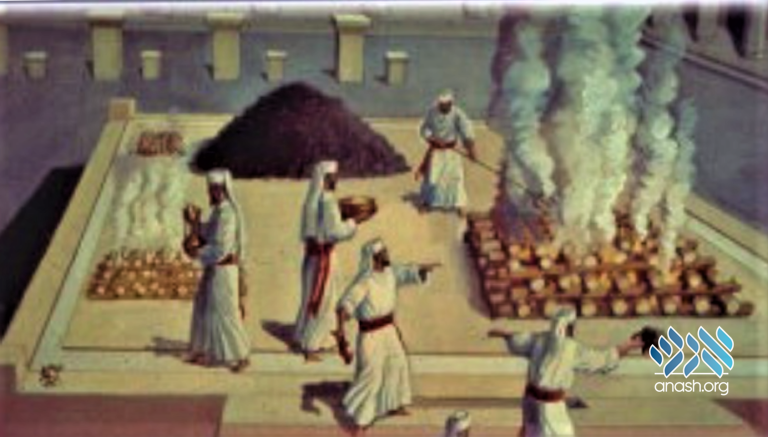 Anash.org is pleased to bring you a curated selection of audio shiurim on Parshas Pinchas.

Pinchas and his descendants became Kohanim as a reward for him stopping the plague. Yet Moshe had more than once stopped a plague punishing the yidden, yet never received this reward. Why the discrepancy?

Listen to and explanation based on the the teachings of chassidus, delivered by Rabbi Berel Bell, rov of Anash Montreal.

The Torah describes the counting of Bnei Yisroel, both in Parshas Bamidbar and again this week in Parshas Pinchas.

Listen to an explanation on the special significance of the being counted, based on a sicha of the Rebbe, delivered in Yiddish by Reb Yoel Kahn.

To read an English summary of this shiur click here.

Can One Daven Mincha After Sunset?

Listen to a Halachic discussion on the topic, delivered by Rabbi Yaakov Goldstein of ShulchanAruchHarav.com. Click here for a written summary of this shiur including sources.

The mitzvah of Inheritance (Nachalos)

In this week’s parsha we learn about the order of inheritance (nachalos). The Ramabam lists this mitzvah, as the last of all the mitzvos asei. Thus implying that this mitzvah is special and teaches something general about all mitzvos.

Listen to a summary of a sicha of the Rebbe on the topic, delivered by Rabbi Leib Schapiro, Rov and Rosh Yeshiva – Miami FL.

In connection to the three weeks when we mourn the churban – listen to a short vort from Rebbe’s father about the name of Moshiach.

Pinchas’ Zealous Act And Its Impact

An in depth shiur discussing the circumstances surrounding the action Pinchas took to stop the eruption of sin within the Jewish camp. Based on Rishonim, Achronim and a ma’amar of the Rebbe.