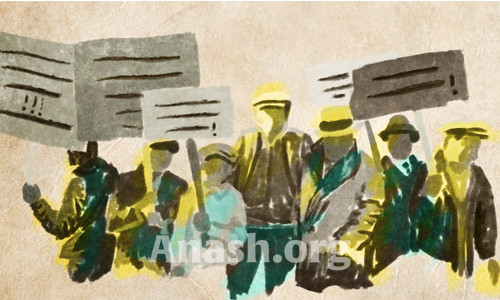 Anash.org is pleased to bring you a curated selection of audio shiurim on Parshas Korach.

Connecting to the Rebbe

Listen to an important message about hiskashrus, intertwined with an explanation on this week’s parsha, delivered in Yiddish by Reb Yoel Kahn.

To watch a video or read an english transcript of this shiur click here.

Korach wanted that all should be equal, and seemed to be seeking unity. Isn’t that a good thing?

Listen to a short explanation on this based on the teachings of Chassidus, delivered by Rabbi Berel Bell, rav of Anash Montreal.

When is criticism good?

Listen to a short but important life lesson we learn from the story of Korach, delivered by Chicago shliach Rabbi Boruch Epstein.

Korach caused machlokes, which stems from gevura. This is also hinted in Korach’s name.

Listen to an explanation on this Mishnah from the Rebbe’s father, delivered by Rabbi Moshe Gourarie, an editor of Chassidus Mevueres on Tanya.

What were Doson & Avirom thinking? (New)

In connection with Gimul Tamuz (as well as this week’s pasha, where the need to have true bitul to Moshe Rabeinu is highlighted), listen to a short shiur on the Halachic source that teaches us the importance of hiskashrus to a Rebbe.

Click here for a written summary of this including sources.

Moshe predicted that Korach wouldn’t die naturally, even if his unnatural death would require a new creation.

Listen to an in depth shiur on the topic, delivered by renowned lecturer Rabbi Yossi Paltiel.

Understanding the problem of Korach

Listen to an in depth shiur on the story of Korach, based on a sicha of the Rebbe.