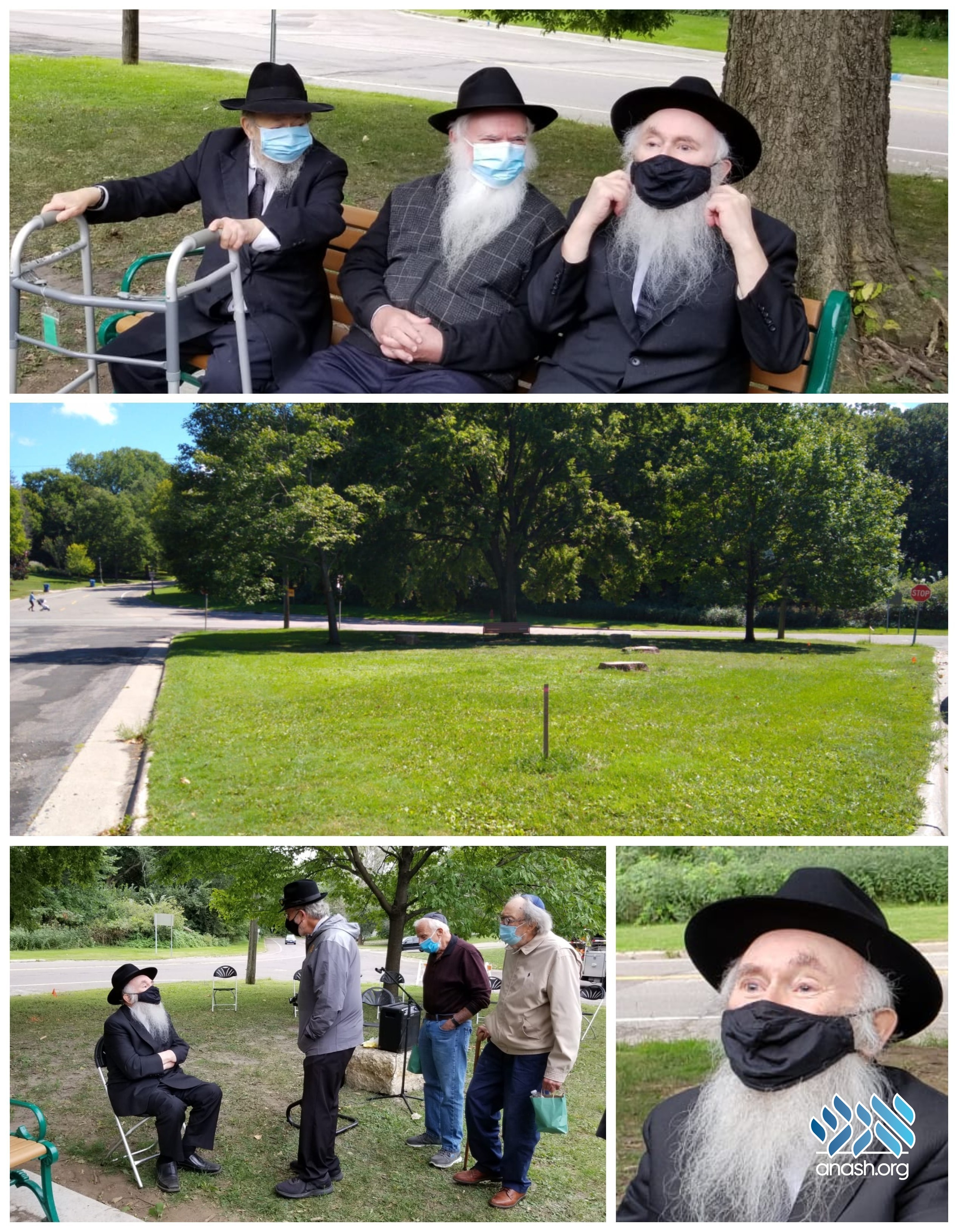 The city of S. Paul, Minnesota renamed a small park ‘The Zeilingold Triangle’ in honor of the Rov of almost six decades, Rabbi Asher Zeilingold and his wife Sema A”H.

A beautiful ceremony was held on Monday, in S. Paul, Minnesota, in which a small park was renamed ‘The Zeilingold Triangle,’ recognizing Rabbi Asher Zeilingold and his wife Sema A”H for their decades of service to the community.

Rabbi Zeilingold has served as the Rov of Adath Israel Congregation in S. Paul, Minnesota for 57 years. Sent to Minnesota, along with his wife Mrs. Sima Zeilingold a”h, by the Rebbe, Rabbi Zeilingold led, and continues to lead, the community faithfully.

Only steps from his shul is a small park, which serves as a traffic divider. Community members are all familiar with the divider, formerly known as the ‘Bohland Triangle’. Children run across the grass or snow on their way to shul, and adults enjoy the shade provided by the trees.

Today, community members, rabbonim and city officials gathered on the triangle for the official renaming ceremony. Gracing the event were Head shliach to the upper Midwest Rabbi Moshe Feller and Rabbi Manis Friedman.

In addition to renaming the area, the event included the unveiling of a park bench, dedicated with a special plaque in honor of the shluchim.