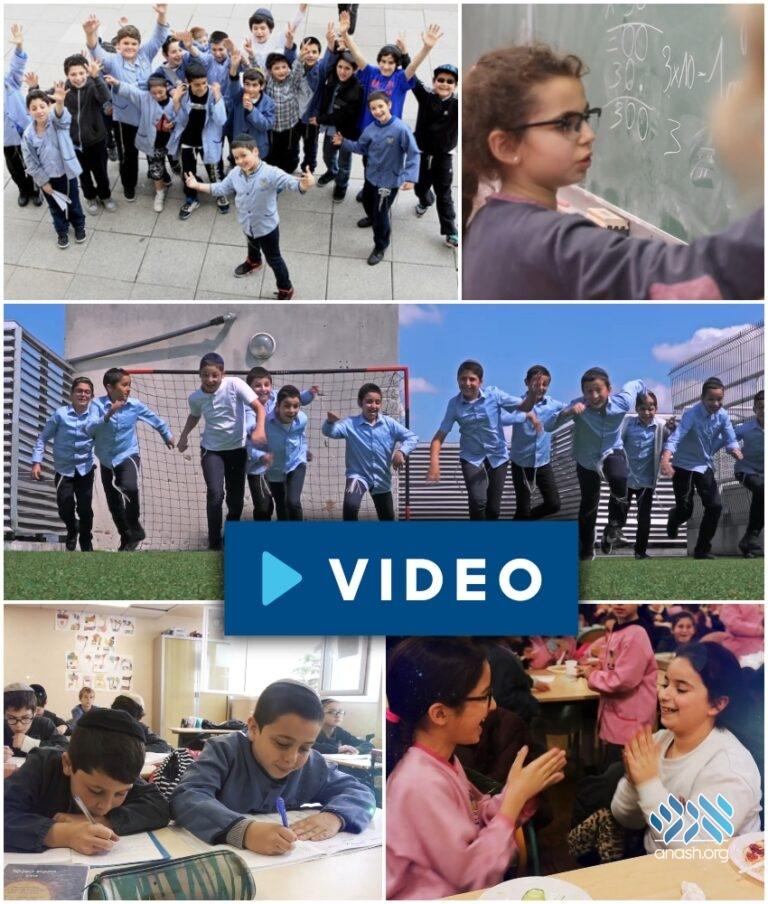 Imagine going to school one morning and being bullied, taunted, and picked on. Now imagine that the bully isn’t a schoolmate, but your teacher. The reason you’re being targeted? Because you are Jewish.

Imagine going to school one morning and being bullied, taunted, and picked on.

Now imagine that the bully isn’t a schoolmate, but your teacher. And the reason you’re being targeted? Because you are Jewish.

That’s just one of many anti-Semitic situations facing Jewish children who currently attend public schools in France. Other children encounter taunts of “dirty Jew” or have been made to eat non-kosher food by school officials.

Over the last decade, the number of anti-Semitic incidents has increased dramatically in France, and some of these attacks have occurred in public schools to the youngest and most vulnerable of the Jewish population—children.

An ongoing campaign in France aims to ameliorate the situation. Its goal is to provide a Jewish education to any Jewish child, regardless of their current grade, Jewish background or knowledge, or financial or social circumstances. Called École Juive Pour Tous (“A Jewish School for All”), the program is being offered by the Chabad school—École Chne-Or, the Shneor school—in Aubervilliers, France, about 15 minutes north of Paris.

Located in the Seine-Saint-Denis area, Aubervilliers is home to a large Muslim immigrant community from North Africa and parts of the Middle East, and also has an active Communist Party group. This mix has caused a disconcerting atmosphere over the years for Jewish residents.

Officials at the school, which was founded in 1963 by Rabbi Sholom Mendel Kalmenson—who was sent to France on shlichus by the Rebbe—decided the best way to combat the violence was to strengthen their community and ensure that all Jewish children should be able to receive a Jewish education.

“It came to our attention the astonishing number of Jewish children that are enrolled in public schools, the vast majority due to financial reasons,” says the principal. “Most of these children dream of attending a Jewish school, yet never imagined it was possible.”

Reaching out to those families and convincing them to make the move to a Jewish school began, quite simply, in the most basic way possible.

Over the last ten years over 600 children have benefited from the program.

Today, the school boasts an impressive fleet of 14 buses with 88 stops total that serve the Greater Paris Region.

“Today, if I need to describe our journey, it is that Shneor has given us the opportunity to pass from purgatory to paradise,” says parent Sarah Belhassen. “It is not just our children that they have saved, but a whole family.”

Student Chai Benhamou says he is finally able to relax now that he’s in his new school. “I feel good to be with Jewish friends. Now when I wake up in the morning, I want to go to school.”

To accommodate children who did not grow up with strong Jewish educational backgrounds, the extended Shneor family has opened its arms to help. Veteran students spend their breaks assisting new arrivals with homework and lessons, and special Judaic studies classes are being offered to get the children acclimated.

Shneor has even established a special graphic design track for high-schoolers who need a different outlet. Those students will graduate with a degree in marketing and graphic design.

All of this has added a whole new dimension and momentum to the school. Everyone feels responsible for the well-being and success of these children.

However, a campaign like this doesn’t come without costs. Tuition runs roughly 400 euros a month, and most of these new students pay few, if any, fees—at most, just 80 euros a month to cover the costs of kosher meals during the school day. Noting this, officials have reached out to the larger Jewish community to support their cause.

The results are often immediate and palpable.

“The children who come here from public schools recount shocking stories,” say faculty members, “The parents who are part of this campaign continually express how their children now feel a sense of security, and are happy and smiling.”

The parents and children thank you for supporting this campaign which will enable the ever-growing list of children who dream of enjoying an authentic Jewish education.