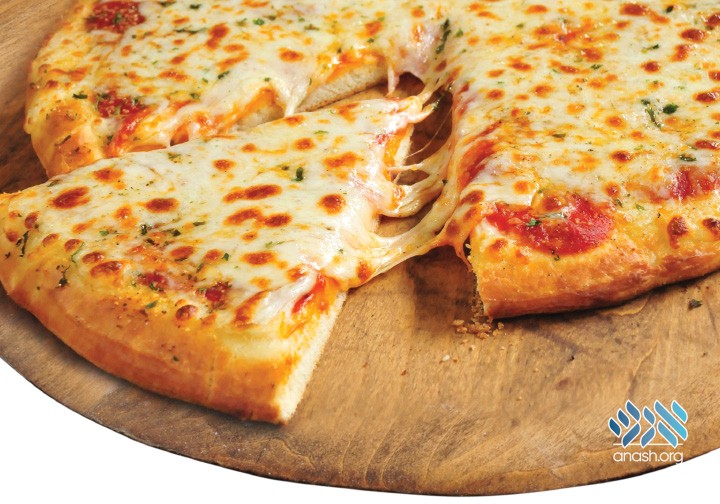 May I buy a partially baked pizza crust that is kosher but not certified pas Yisroel?

Chazal forbade eating bread or pastries baked by a non-Jew due to the concern that it may lead to intermarriage. Rishonim dispute whether bakery products are included, or only privately-baked bread, since the latter engenders more closeness. Additionally, some poskim hold that the prohibition only applies where pas Yisroel is available, and others hold the decree never took hold since it didn’t spread to all communities. In any case, Chabad custom is to be extremely careful to avoid such bread, even for young children.

For bread to be considered pas Yisroel, a Jew must take part in the actual baking process, either by turning on the fire, adding to the fire—even a mere match—or by inserting the dough into the oven.

Until what stage can the bread be “finished” by a Jew?

As long as the bread or pastry isn’t fully ready to be eaten as is, even if it is already somewhat edible, a Jew can bake it to completion and make it pas Yisroel. However, once the baking process has been completed, pas akum bread can’t be turned into pas Yisroel by further baking (or even crumbling it and boiling the mixture).

A second opinion allows fully-baked bread that is enhanced through a Jew’s further baking (not merely to make it taste fresher), but this view is not accepted lechatchila. Toasting pas akum bread doesn’t make it permissible according to all opinions, since this new entity doesn’t annul its previous status.

Most “par-baked” breads or pastries are baked to around 85% completion and are then sold frozen. Some of these have a proper hechsher but are not certified pas Yisroel. If a Jewish consumer bakes it to completion, it is considered pas Yisroel since it needs this finishing touch to complete its taste and texture.

Graham-cracker and other fully-baked crusts would only be permissible according to the b’dieved view, if they are enhanced by further baking. However, partially-baked pie crusts that are meant to be baked further are fully permissible.