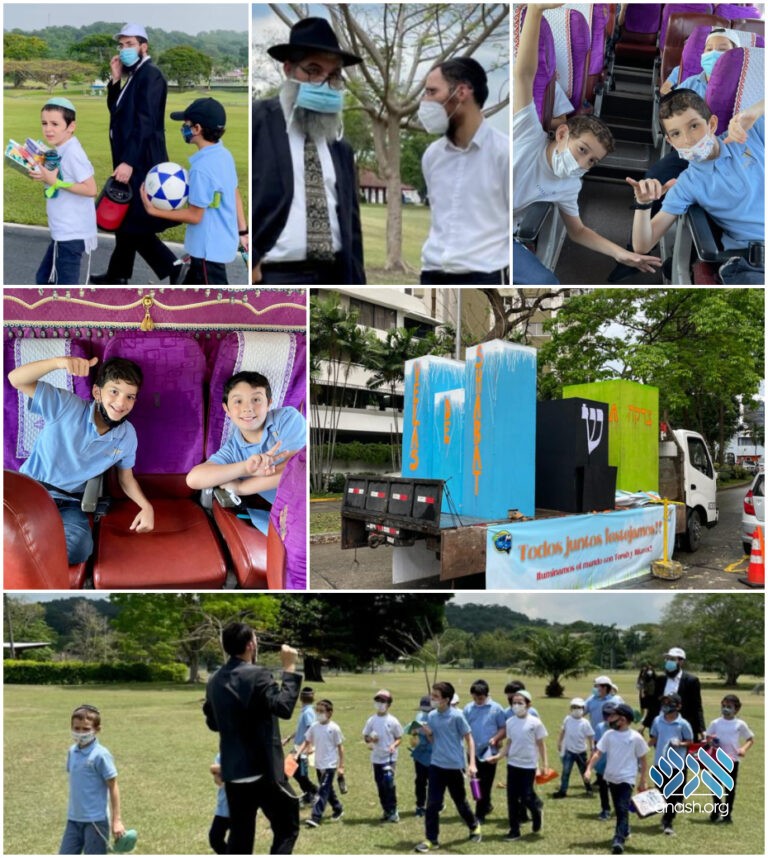 The children of the Chabad school “Ohalei Jinuj” in Panama City enjoyed a day in the park, followed by a parade, in honor of Lag B’omer, the hilula of the Rashbi.

The children of the Chabad school “Ohalei Jinuj” in Panama City enjoyed a day in the park in honor of Lag B’omer, the hilula of the Rashbi.

Joining the children were principal Rabbi Yechezkel Ravel and teacher Rabbi Yosef Yitzchak Sheingarten, accompanied by the bochurim Ber Chaim Arcusin and Mendel Lapidus. Together, they organized a fun day, all while keeping the social distance guidelines.

Inside the large park, the children marched with signs they had prepared ahead of time and together they sang Nigunim and said the 12 pesukim.

The event was honored in the presence of the Head Shliach Rabbi Aharon Laine who spoke to the children about the special power of Lag B’omer and the many powers given to the schoolchildren – tinokot shel beit raban.

At the end of the event, the children traveled to their homes by bus, accompanied by a truck carrying models of the Rebbe’s ten mivtzoim. The bus and floats drove together through the city streets while speakers played traditional Lag B’Omer melodies.