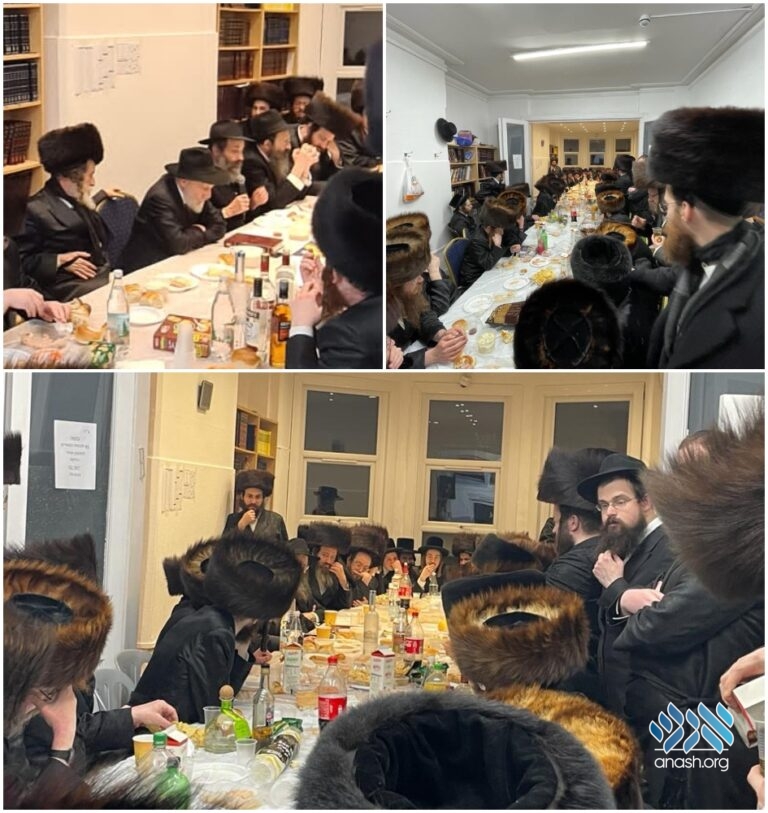 A melava malka arranged by Merkaz Chassidus took place in the Beis Medrash of the Lubavitch Kollel. Rabbi Dovid Schlame flew in from Eretz Yisroel to speak for the occasion.

This weekend, a Melave Malka arranged by Merkaz Chasidus took place in the Beis Medrash of the Lubavitch Kollel. Merkaz Chasidus has an evening Kollel every weeknight, a variety of Shiurim every weekend, and Farbrengens with guest speakers for yomei depagra.

The melava malka was coordinated by Rabbi Avraham Yeshaya Raskin and featured guest speaker, Rabbi Dovid Schlame whose father headed the Beis Rivka seminary in Yerres, France at the behest and guidance of the Rebbe. Rabbi Schlame is a prevalent educator who flew in from Eretz Yisrael specifically for this Farbrengen.