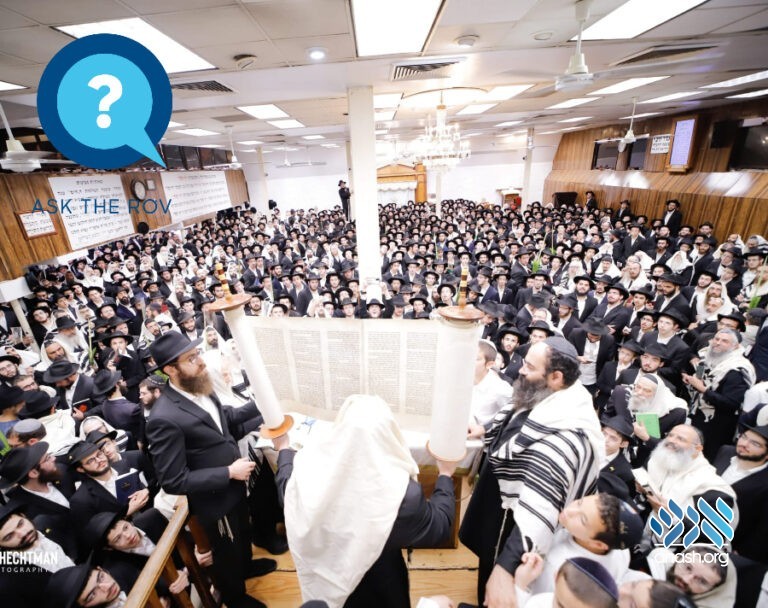 Ask the Rov: Do I have a chazaka on a kibud if I buy it every year?

If a certain person purchases a particular kibud—such as Maftir Yonah—every year, and others chose to outbid him one year, they receive the kibud for this mitzva. Even if their intentions are to take it from him, the fact is that tzedaka benefits from their added donation and that’s what matters.1

Poskim debate whether the same is true for one who had a chazaka to do a particular mitzva—such as hagbaha—for free and now someone offers to contribute money for the zechus.2 Some hold it certainly does, while others argue that this chazaka was never dependent on money and money cannot take it away.3 Some poskim hold that the zechus may even be taken away to give it to someone of greater stature for no pay.4 Whenever a zechus is taken from a person, it is appropriate to let him do it once a month.5

If one had a chazaka to do a certain mitzva—such as serving as chazzan for a special tefila—and then he became unable to do it, the chazaka returns to him when he can do it again. However, if the zechus was taken from him when he was able to do it and he didn’t object, that indicates his forgoing of his chazaka.6 If a chazzan is paid, there is dispute if he retains a chazaka.7

A purchased kibud is his to give away to whom he chooses (unless there is reason to believe that the shul would not allow that person to purchase that kibud). If, however, one was assigned a kibud by the gabbai or congregation, they wish to honor him and not necessarily the other person.8

If one purchased a kibud for the year and then passed away, his heirs inherit it. Some places have the custom that lifetime chazakos are also inherited.9 A son is the first to inherit chazzanus.10

If one’s sefer Torah was used in shul until now and then someone else donated a Torah, can he insist that they continue to use his Torah? If his was specifically chosen he may have a chazaka, but if not (his is the only one), he doesn’t.11 The common custom is that a new sefer Torah is used for the entire first year after its donation, while some hold only the first four weeks.12