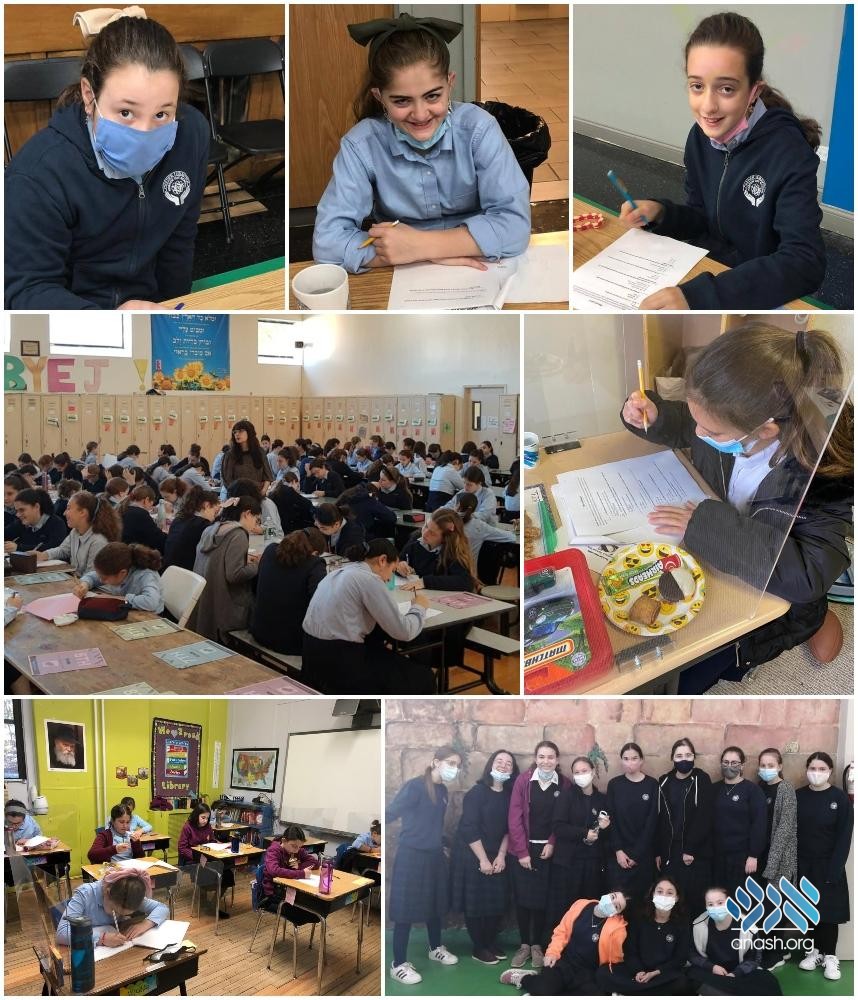 Over 5,000 Chayolim in Tzivos Hashem took the first of four tests yesterday to compete in the International Chidon Sefer Hamitzvos Championships.

Over 5,000 children from many different backgrounds united with one common goal to learn all 613 Mitzvos. These children are truly preparing for the arrival Moshiach when we will all be able to keep all 613 Mitzvos.

“Thanks to the generous support from Mr. George Rohr, the Chidon has grown in leaps and bounds,” says Rabbi Shimmy Weinbaum. “Starting out with only 45 chayolim, it has now over 5,000 children learning.”

“It’s really impressive to see not only the number of children learning but the different types of children from all walks of life,” says Rabbi Moshe Kotlarsky Vice-Chairman of Merkos L’Inyonei Chinuch. “There is no question that the chidon gives the Rebbe tremendous nachas.“

“Our focus this year is to reach our goal of ‘every child every mitzvah’,” says Rabbi Shmuel Bronstein, Chidon Director. “This year we have divided it onto four levels of tests to make sure we are reaching every child on their own level.”

“This year is truly the greatest success the chidon has ever had” says Rabbi Yerachmiel Benjaminson, executive Director of Tzivos Hashem. “Satan has done everything he can to close us down. But these children are Hashem’s soldiers and have won the battle.”

“It’s now time to move forward with a four-prong plan,” says executive Director of Chidon Rabbi Sholom Ber Baumgarten. “We will do all we can to reward these chayolim for their hard work. We very much hope to have the Chidon in the Beis Hamikdosh. If chas v’sholom we are still in golus, we plan on having the biggest and best Chidon ever. If we are limited and not able to do that, we will move on to the regional Chidon programs. If even that’s not possible, we will move on to grand prizes.”