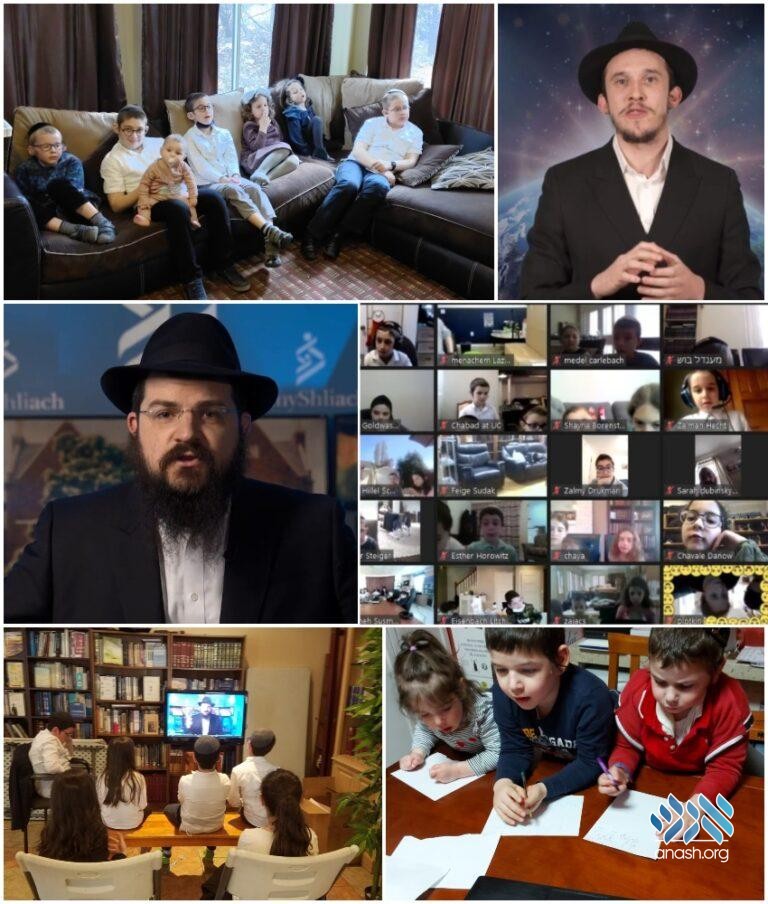 Over 2,000 Yaldei Hashluchim from all around the world united for ‘An Hour With The Rebbe’ – Yud Alef Nissan Farbrengen in honor of the Rebbe’s 119th birthday.

Over 2,000 Yaldei Hashluchim from all around the world united together to spend “An Hour With The Rebbe” with a special Farbrengen in honor of the Rebbe’s 119th birthday!

The special presentation made by the dedicated team at Merkos 302, featured an amazing performance by Benny Friedman singing niggunim, and a special tour of Beis Rabbeinu where the participants received a feeling of the farbrengen’s the Rebbe held in 770!

The children had an opportunity to write a Pan, and watch an exclusive clip of a farbrengen of the Rebbe.

The Rebbe’s new kapital was led by the Majesky family, Shluchim of the Rebbe to Ghana, Africa, followed by a live stream from the Ohel with the Litzman family – Shluchim to South Korea!

The participants were then encouraged to continue giving the Rebbe nachas through learning Mishnayos and Tanya baal peh.

MyShliach has created an amazing MBP program that has greatly exceeded expectations with close to 30,000 lines of Mishnayos and Tanya learned baal peh!

“The success of this farbrengen was apparent in every single participant,” explained Rabbi Mendy Kotlarsky, executive director of Merkos 302.

“To witness the young shluchim unite and experience a farbrengen with other chassidim, to feel empowered to be connected to the Rebbe, was truly a special moment,” Rabbi Kotlarsky concluded.

“Special thanks to Rabbi Shaya Itkin and all the staff involved in making this special farbrengen, as well as JEM for the exclusive clip of the Rebbe’s farbrengen,” organizers said.