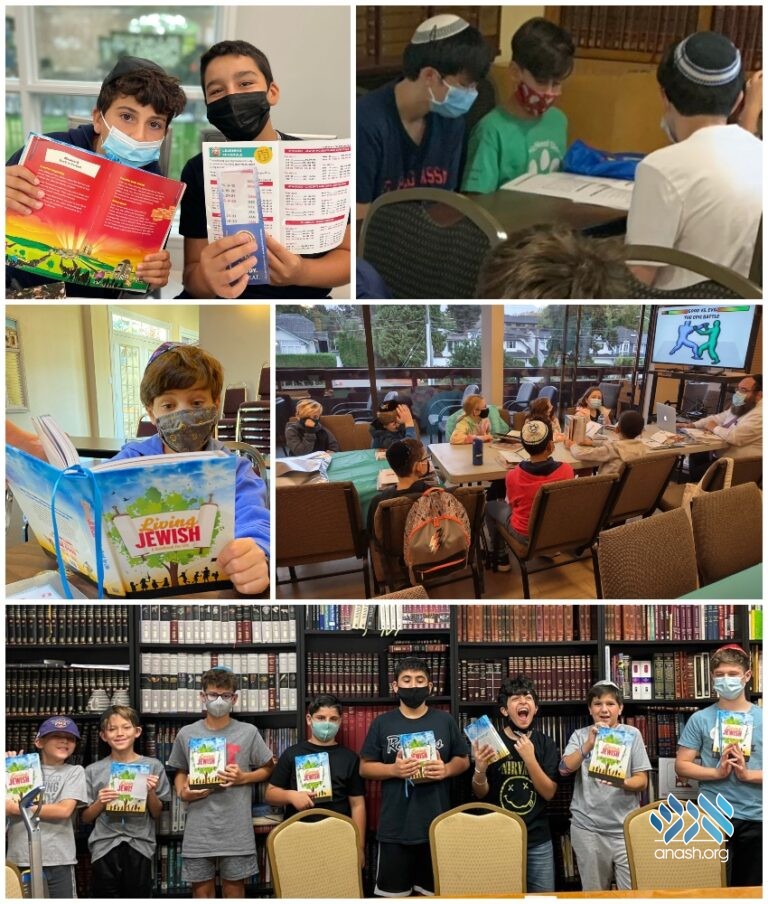 At over 130 Chabad Hebrew Schools around the world, kids have been mastering Jewish fundamentals in the lead-up to the first JewQ test.

At over 130 Chabad Hebrew Schools around the world, kids have been mastering Jewish fundamentals leading up to the first JewQ test.

When is the Mincha prayer said? How often does the Jewish calendar include a leap year? Who was Menashe?

As over 2,000 kids took the first test of JewQ’s international Torah competition, these questions were answered by participants around the world.

JewQ has transformed the landscape of Chabad Hebrew Schools. “Kids are getting pumped about Judaism,” says  Rabbi Mendel Raskin, JewQ’s director. “We have over 130 shluchim bringing the program to life.”

Hebrew schools set up a learning model that works for them, with some locations offering weekly JewQ classes and others leaving learning entirely up to the kids.

“It’s nothing short of a miracle,” says Rabbi Simcha Morgenstern, Chabad of Rockland’s Director. “Without much effort on my end, the children are studying the basics of Yiddishkeit in their own free time.”

Depending on the grade level, students cover basic prayers, brachos, the twelve pesukim, Jewish history, and other concepts found in the Living Jewish textbook. “My daughter knows so much about Shabbat,” one parent says. “She started lighting candles on her own.”

Modeled after the popular Chidon Sefer Hamitzvos, children take three tests that determine who qualifies for a Shabbaton in Crown Heights—and who will represent their school onstage at the highly-anticipated competition event.

Now in its fourth year, JewQ recently broadened its qualification criteria to include any child who earns at least a 70% average on all three tests in the Shabbaton. “As more children get the chance to join, the motivation is greater than ever,” says Rabbi Zalmy Loewenthal, Ckids director.

“JewQ is just one part of a larger movement to awaken a commitment to a Jewish education,”  says Rabbi Mendy Kotlarsky, director of Merkos 302, the organization behind Ckids. Besides for JewQ, Ckids also produces top-quality Hebrew School curriculums, holiday clubs, and Tzivos Hashem systems for Chabad Houses.

Kids use their new JewQ bookmarks to keep track of their progress as they get ready for the first test. JewQ participants have been devoting all of their free time to study, study, study.

“My son has swapped his iPad for the JewQ guidebook,” says one parent from Chabad Lubavitch of Rockland.