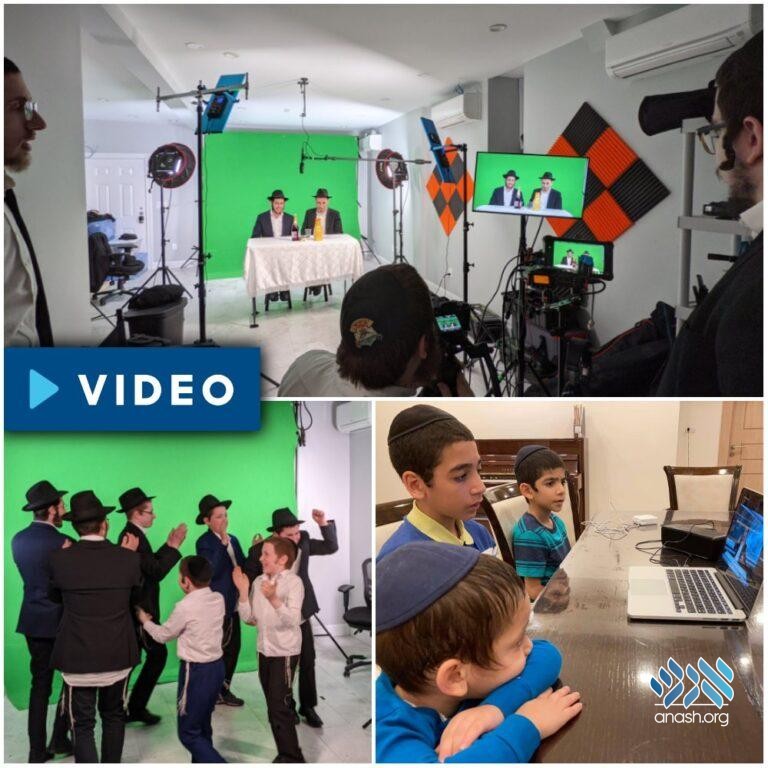 The Hebrew division of MyShliach held a virtual Farbrengen for Yud Alef Nissan, with the record participation of over 1400 young Shluchim from around the world.

The Hebrew division of MyShliach held a Farbrengen Broadcast for Yud Alef Nissan, with the record participation of over 1400 young Shluchim from around the world.

The broadcast opened with the reading of the Rebbe’s new chapter of Tehillim and continued with a video presentation about the Rebbe’s hometown, Nikolayev.

Rabbi Yosef Yitzchak Jacobson spoke passionately about the Rebbe’s great Ahavas Yisroel and how we can fulfill our mission of preparing ourselves and the entire world to greet Moshiach Tzidkeinu. Rabbi Mendy Kotlarsky, Director of Merkos Suite 302, spoke about the greatness of the day and how we yearn to see the Rebbe again.

During the gathering, the young shluchim were entertained by R’ Berel Zucker and R’ Yossi Cohen, who sang the Rebbe’s nigunim and nigunim that were composed for Yud Aleph Nissan over the years.

During the event, many hundreds of photos from around the world were sent in, showing families watching the farbrengen. In addition, during the broadcast, the shluchim made hachlotos tovos as a gift to the Rebbe.

On Wednesday, the 8th of Nissan, the birthday of Rebbe’s father, Rabbi Levi Yitzchak, a raffle was held live for all those who participated. The prize was a pair of flight tickets to New York, sponsored l’iluy nishmas Rabbi Yaakov Ben Rabbi Meir Zvi Stumbler a”h, who passed away on the 11th of Nisan 5770.

The winner of the raffle was Mussi Gottlieb of Nikolayev. She will iy”H bring to the Ohel the thousands of hachlotos tovos that the young shluchim have accepted upon themselves during the farbrengen.

MyShliach received much positive feedback from shluchim and their children. One even included a picture showing a young shliach watching the broadcast with the children of his local Jewish community.

The broadcast was sponsored by brothers R’ Feitel and R’ Gershon Sudkewitz and directed by temimim Reuven Deitsch and Dudi Kook.

Huge thanks to the temimim who helped out: Shneur Belinow, Dov Berish Kook, David Ankry, the Gottlieb family of Nikolayev and to the thousands of Shluchim who participated.