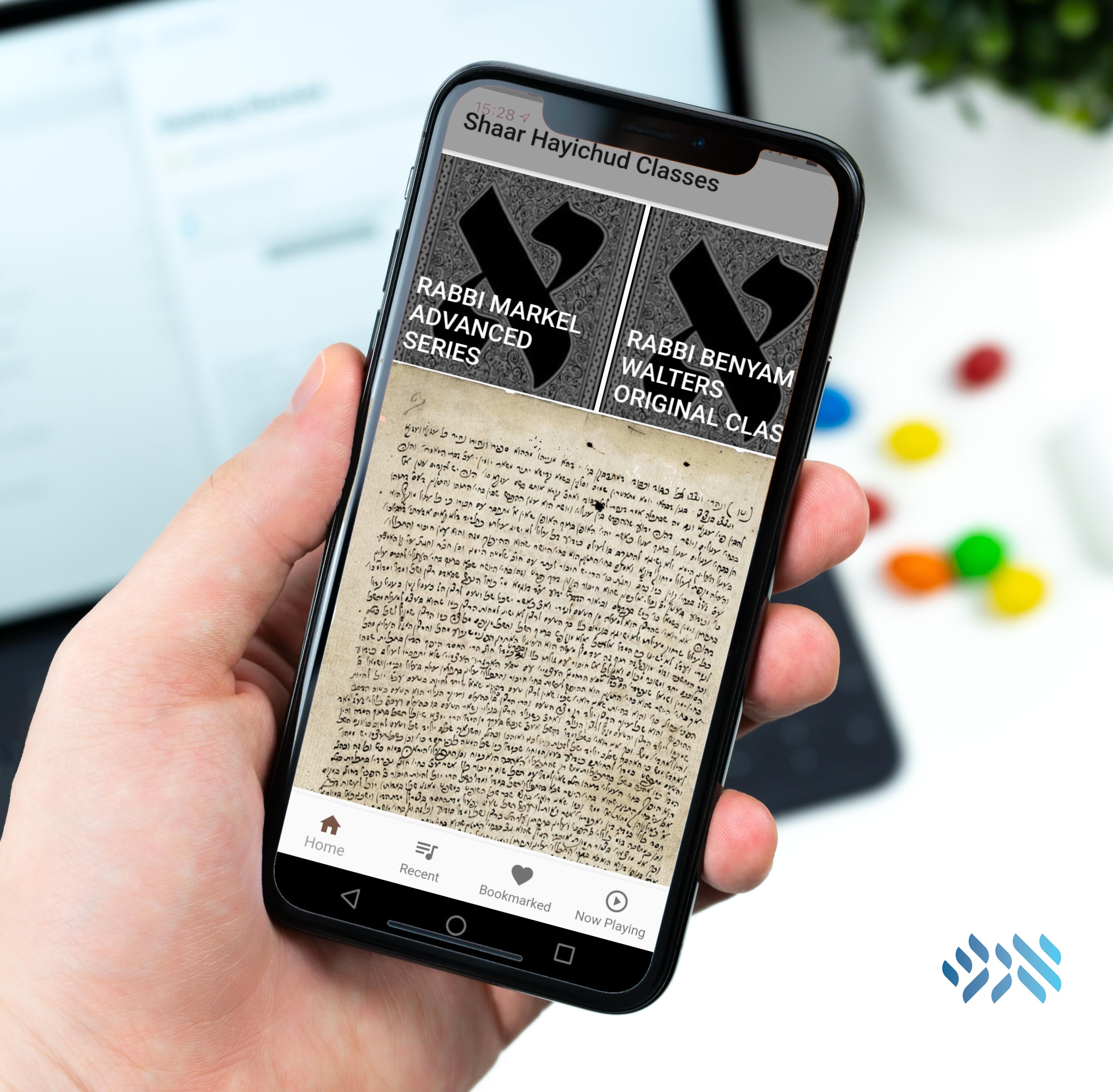 When app developer Yehuda Ringler was looking to create an app to host shiurim on the Mitteler Rebbe’s Shaar Hayichud, he turned to the Inside Chassidus organization and asked if he could use the app they recently developed. Their answer surprised him.

With the new year for Chassidus so close, a person starts to think how he can strengthen his learning and understanding of Chassidus, and how he can bring it into his life. The Shaar Hayichud of the Mittler Rebbe is a classic sefer that goes through fundamental concepts in Chassidus in an organized, thorough way, and gives clear instruction on how to incorporate it into your own Avoda and life.

In honor of Yud Tes Kislev, Yehuda Ringler released a new app that aims to make this sefer more accessible. It is currently only available on android and is being prepared for iOS.

The app provides access to three sets of shiurim. There is a series from Rabbi Yossi Markel, and two from Rabbi Benyomin Walters of Chicago, teacher and author of Moshiach Day by Day. One was recorded almost ten years ago, and primarily covers chapters 10-32. There is also a newer, ongoing shiur, and what is available is included in the app. More material will be added in future updates IYH as it becomes available.

You may find that it looks very similar to the app that was released recently for Inside Chassidus. This is because the Inside Chassidus organization was very excited to have the app they developed be repurposed in further efforts of Hafotoz Hamayanos. This app is really the same app, just with different classes. Also, there have been significant improvements to the Inside Chassidus app, such as saving recent classes and downloading for offline use, and its worth it to check it out again!