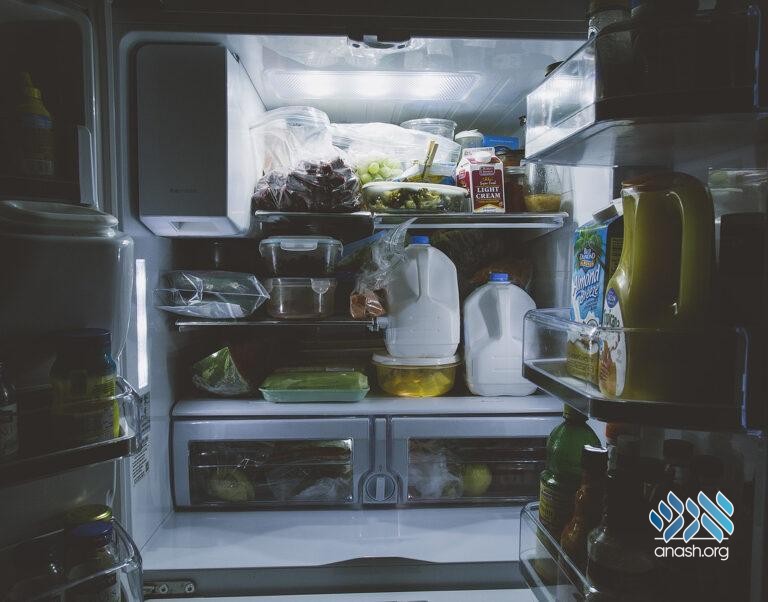 Ask the Rov: I forgot to tape the fridge light switch before Shabbos, and now I’m stuck without most of my food. Can I have my child open the fridge for us?

It is prohibited for an adult to “feed” issur to a child, whether it is forbidden food, or even by telling a child to transgress a prohibition. According to the Rambam, this applies even to an issur d’rabanan, while the Rashba holds that an issur d’rabanan is allowed if it’s for the child’s need. The Alter Rebbe quotes both opinions and elaborates on the second, which infers that one may rely on the lenient view when needed.

Since opening the door causes the light to turn on, directing a child to open it would be considered “feeding” him an issur. If the light is LED, turning it on is only an issur d’rabanan. If the child doesn’t know that the light will go on and has no intention for the melacha, this would be classified as “misasek” (unaware), which is an issur d’rabanan according to some poskim (even with an incandescent bulb). Following the lenient view, in either scenario, one would be allowed to tell the child to open the refrigerator to take out a food that he wants and needs (i.e. his own need).

If the child is doing the issur d’rabanan for the adult’s sake, it is only allowed if: (1) It is done rarely, so there isn’t a concern that the child will continue the practice when he grows older; and (2) that a non-Jew would be allowed to do it under the rubric of shvus d’shvus bimkom mitzva, (it is an issur d’rabanan – shvus – plus asking a non-Jew itself is a shvus, and this combination is generally permitted for a mitzva purpose). Thus, if the food in the fridge is really needed for the Shabbos meal, this constitutes a mitzva and great need and it can be allowed in rare situations.

In all these cases, one is to use a child under the age of chinuch, since he is truly “misasek,” and some poskim are hesitant to allow an older child unless his primary food is there.

If the child goes on his own to open the door without anyone telling him to, then if he is the age of chinuch (3-4), his father must stop him (see issue 324). If he is under that age, there is no obligation to stop him when he is doing it for himself. If he is opening it for others, some poskim are stringent, (like when a non-Jew decided on his own to do a melacha for a Jew). If a child of any age does a melacha for others on Shabbos, there is dispute whether one is allowed to benefit from it – similar to when a non-Jew does a melacha for a Jew – and we refrain.