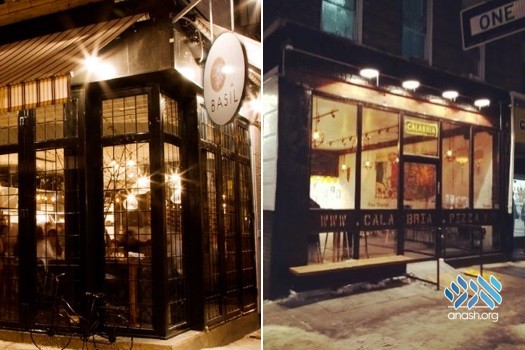 There is already a pizza store in town. May I open another one?

According to the letter of the law, a resident of the city may open a store that competes with an existing store and will detract from its revenue, since he’s setting up shop in his own property (even if it neighbors the other store) and it is the customer’s choice where to shop. He may even offer customers incentives to shop by him, since the other store can do the same.

However, competition that will cause the other store to close down isn’t allowed, even if the owner will have income from other branches or businesses. This is because shutting down the other store oversteps minding one’s own business and is considered encroaching on the other’s location. An example would be opening his store in a location that everyone must pass on the way to the other one, as no one will continue further down to the original store.

A resident of a different city (defined by where he pays taxes) is generally not allowed to compete with the locals. One exception is peddling women’s cosmetics, which is permitted due to an enactment of Ezra to ensure that perfume is available for Jewish women. Similarly, if the new store will cause prices to be lowered or better quality products to be available, such competition that benefits the consumers is permitted as long as he doesn’t compete in an unfair manner, such as by selling below cost. Selling similar products of lower quality is also permitted since it is considered a different type of item and not direct competition. In today’s society when the government isn’t particular that business owners be local, many poskim say that non-locals may open competition, and in practice it would be difficult to prevent them in beis din from doing so.

Although opening a competing store is often permitted, the Alter Rebbe brings that it is midas chassidus not to compete with another. Yet, contemporary poskim write that in larger cities and in growing neighborhoods, this midas chassidus doesn’t apply when there is room for both businesses to prosper. Still, one should keep adequate space between the two stores.

There are many details to these halachos so a rav should be consulted.