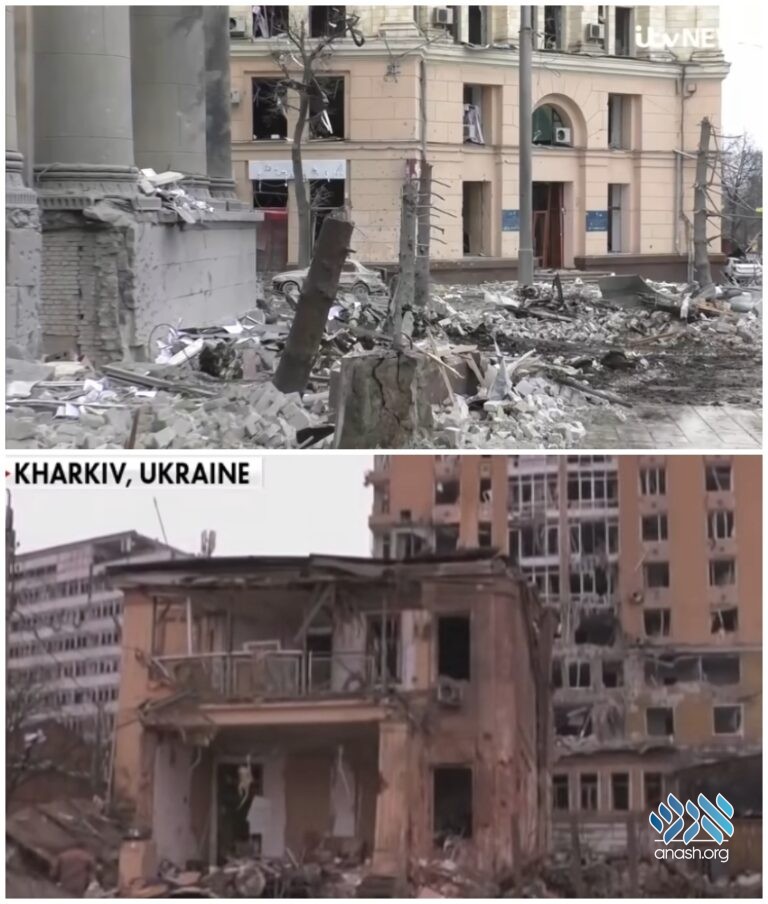 A group of 18 Jews who were scheduled to evacuate Kharkov on Monday, left their homes one day early due to a ‘mess-up’ by the organizers. The next morning their apartment building took a direct hit from a Russian missile.

Since the fighting began in Ukraine two weeks ago, shluchim and Chabad activists worldwide have been working tirelessly to coordinate the evacuation of thousands of Jews from the war-torn country.

Much of the relief efforts have been focused on getting Jews out of the capital of Kiev and Kharkov where much of the most intense fighting is going on. Kharkov is the country’s second-largest city and sits close to the Ukrainian-Russian border.

At the beginning of the week, shluchim arranged additional convoys for local Jews who wanted to escape Kharkov. Due to sheer size, organizers were forced to divide them into two groups, with residents from one side of the city scheduled to leave on Sunday and the second group slated for the next day.

However, due to a mix-up on the part of the organizers, the group that was originally scheduled to leave on Monday, was mistakenly told to prepare to leave on Sunday instead of another group, Israel’s Channel 14 reported.

The mistake was discovered only after the group had already left the city, and the shluchim made the difficult decision to let them continue on their way and hold the other group one more day.

“Obviously lots of people were very upset,” one of the shluchim organizing the evacuations said in a recording obtained by Anash.org. “Fights and arguments broke out, and we felt like we really messed up.”

Only the next morning did the extent of the miracle become clear. One apartment building where 18 members of the group members who “accidentally” left early lived, took a direct hit from a Russian missile and was completely destroyed.

“It’s an open miracle that we evacuated them on Sunday instead of Monday as we originally planned,” the shliach said.