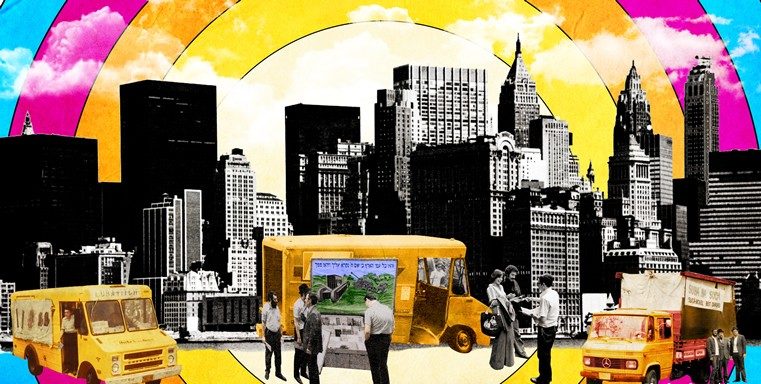 By Yitzchok Levy for Anash.org

Reb Chaim Brisker was well known for his strict stance on halachic matters. However, there was one (seeming) exception. When people who were ill came to ask him if they should fast, he would often pasken that they are exempt even when other Rabbis may have been more circumspect.

When asked “Why are you so meikil (lenient) when it comes to fasting?” He responded, “I’m not meikil on the laws of fasting, I’m machmir (stringent) on the laws of Pikuach nefesh.”

I’ve recently heard the claim that the Rebbe, being an “out of the box thinker,” was “liberal” and abandoned some of the rigid characteristics of the traditional yiddishe and chassidishe lifestyle, in order to be mekarev people to Yiddishkeit.

Anyone who is familiar with the Rebbe’s teachings, beyond just a couple of stories, knows how far this is from the truth. Did the Rebbe not cry out from the depths of his heart about the breaches in halacha present in our generation?

How many sharp (and personal) sichos did the Rebbe say about “Mihu Yehudi” (improper conversion)? Did the Rebbe not strongly protest the visit of Rabbonim to the Pope, something that other Jewish leaders failed to do?

The Rebbe famously wrote in a letter that the terrible security-related tragedies in Eretz Yisroel are a result of the mistaken belief that the establishment of the secular Israeli state in 1948, is “aschalta d’geulah” (the beginning of the ultimate redemption).

There are tens, even hundreds of sichos in which the Rebbe strongly protested these breaches.

Once, a frum member of the Israeli parliament protested strongly against reform Judaism and threw a reform siddur on the floor. When he later apologized, the Rebbe openly protested his apologizing for standing up for true Torah Judaism.

The truth is that the Rebbe was the opposite of lenient. The Rebbe stuck to the truth, the Torah at all costs, and never agreed to compromise chas v’shalom on Yiddishkeit. In the Rebbe’s words (Igros Kodesh volume 13 page 478) “the Torah is a Torah of life that cannot be compromised.”

It is specifically because the Rebbe is so strict with regards to all mitzvos, that the Rebbe was strict on the mitzvah about which Hillel said “this is the entire Torah, and the rest is commentary”, the mitzvah of Ahavas Yisroel. Others who were more lenient, who were not as careful as the Rebbe in mitzvos, may not have felt the need to work, even until mesiras nefesh, to bring Yidden closer to their Father in Heaven. The Rebbe, on the other hand, did not rest, did not give up on a single Yid, and taught us, his Chassidim to do the same.

In other words, the Rebbe was not being meikil in his call to reach out to every yid, but being machmir in the mitzvah of Ahavas Yisroel.

In one letter, the Rebbe wrote “I’ve written and stressed many times, that it is a fundamental principle in Torah, and especially in Chassidus: we must bring people closer to the Torah, and not chas v’shalom to change the Torah in order to bring it closer to them. I’ve added that a Psak Din is a determination of what Hashem wants, and it would be wholly inappropriate to “make a deal” in Hashem’s will.”

In other words, it is wrong to say that we are permitted to be lenient in halacha because it will bring a person to do more mitzvos. Hashem’s mitzvos are not something with which we may do “business deals”; we cannot abandon one aspect of Hashem’s will to gain a greater commitment to other aspects of His will.

Some claim that it is not the derech of Chabad to make chumrahs. Especially when it comes to bringing people closer it would be inappropriate to add chumrahs or boundaries. This approach has no foundation. Quite the opposite, the Rebbe spoke many times about the need to build fences to protect, and not to be content with following the letter of the law alone (See Lekutei Sichos Volume 4, Parshas Mattos, and many other places). Throughout history, Being mehader in mitzvos and refraining even from those things that are technically permitted was a defining characteristic of Chassidim.

Certainly one who is truly machmir will also be machmir on Ahavas Yisroel and being mekarev Yidden to Yiddishkeit. Think for a moment of Chassidim such as Reb Reuven Dunin, or Reb Mul’le Azimov AH who were known to be great chassidim, removed from worldly matters and who were fully dedicated to Torah and avodas Hashem. We all know how many ba’alei tshuva these great men made.

Anyone who is familiar with the reality on the ground knows that it is specifically those shluchim and anash that are most machmir in mitzvos that are willing to sacrifice the most to teach others.

The Freidiker Rebbe writes (printed in the introduction to Kuntras U’maayan) that when word reached Vilna that the Rebbe Rashab had declared Yud Tes Kislev “Rosh Ha’Shana for Chassidus,” a local dayan commented that the Mishna says there are four Rosh Hashanas and they are adding a fifth. The Av Beis Din, Harav Chaim Ozer responded: “By them (the chassidim) they add, but by us, it just gets less…).”

In other words, certainly it is forbidden to add new mitzvos, but being mehader in mitzvos, and certainly the mitzvah of Ahavas Yisroel is always a good thing.