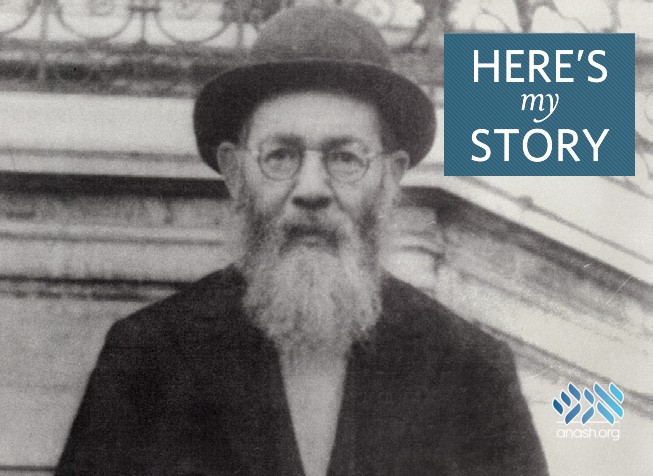 When Mrs. Aidel Springer’s uncles Yosef and Sholom Eliyahu Vilenkin, were stuck in the Soviet Union, she went to the Rebbe to demand a bracha. Her chutzpah paid off.

After serving as a Chabad emissary in Baltimore for thirteen years, Mrs. Aidel Springer moved to Brooklyn, where she presently resides. She was interviewed in February of 2021.

Our family was religious at a time when practicing Judaism was a crime in the Soviet Union. I recall that I had to be home early on Friday afternoon — lest I let slip to my friends that we were about to bring in Shabbat. My mother would cover the windows with blankets, so that no one should see her lighting Shabbat candles.

After the war ended, we left Russia as part of a big exodus of Jews who were permitted to return to Poland if they were born there. We were not Polish but we made it out, like many others, on forged papers and — after a time spent in DP camps — we managed to get to France and then to America.

We were resettled by the Hebrew Immigrant Aid Society (HIAS) in Cleveland but, on the way there, we stopped in New York where we were able to have an audience with the Rebbe. This was in July of 1953, when I was thirteen years old. We went in as a family, and I recall that my grandfather had trouble walking because part of his body was paralyzed, so he moved very slowly. As we entered, the Rebbe got up and walked towards the door to greet us. He then repeatedly invited my grandfather to sit down, but my grandfather would never sit in front of the Rebbe, so he declined. And since he didn’t sit, the Rebbe also didn’t. During that entire audience, the Rebbe stood out of respect for his childhood teacher.

Another thing that happened out of respect for my grandfather was an invitation I received when I got engaged in 1959. At that time, my mother called Rebbetzin Chana, the Rebbe’s mother, to share the good news, and she invited us both to her house for a chat. I recall how nice she was, but what impressed me the most was her regal bearing. Even when she was quiet, there was a majesty about her. Even though she didn’t know me, she made a special effort to host us on this occasion because she knew my grandfather.

But I am getting ahead of the story.

After only a few years in Cleveland, where my mother was not happy, we moved to New York. And while life in the Crown Heights Chabad community was easier for her, she was crying her eyes out all the time because her two brothers — Yosef and Sholom Eliyahu Vilenkin — had been left behind in Russia and couldn’t get permission to leave.

She prayed for their release constantly, and each year when the Rebbe gave a talk to the Chabad women’s convention and blessed all the members one by one, she would beg him for a blessing for her brothers. But for reasons unknown, he never granted it. He would give her other blessings, but he never mentioned my uncles.

One particular time — I believe it was in 1970 — I came with her. As we stood in line for the Rebbe, my mother said to me quietly yet with resolve, like her life depended on it, “It might be chutzpah on my part, but I will not walk away until the Rebbe gives me a blessing for my brothers.”

But again, when she asked, he gave her the usual blessing for success, saying nothing about her brothers. So she took a deep breath and pleaded, “Rebbe… a blessing for my brothers.”

The Rebbe’s face grew very serious, and then he looked down for a moment. When he lifted his eyes, he had a radiant smile on his face and he said that G-d should help bring her brothers out this very year, and that we should see them very soon.

Now, back in Russia, both of my mother’s brothers had been going every year to ask for an exit visa, but each time their applications were denied. Finally, they decided that it just wasn’t worth trying anymore, and that they needed to resign themselves to living out the rest of their years behind the Iron Curtain. But, before completely giving up, they would try just one last time. This was shortly after my mother received the Rebbe’s blessing and, miraculously, they were both successful! After all those years, suddenly, the Russians granted them their priceless visas to leave.

When they got out, Yosef settled in Crown Heights, so he was close to the Rebbe, and Sholom Eliyahu settled in Nachalat Har Chabad, Israel, but the Rebbe sent him a ticket to come to New York for the High Holidays.

When he came, he had an audience with the Rebbe, who told him: “You are fortunate that your sister pulled you out of Russia.”

With those words, the Rebbe acknowledged all the years that my mother prayed and begged him for blessings for her brothers’ release. I suppose that she first needed to do all that for his blessing to be fulfilled.